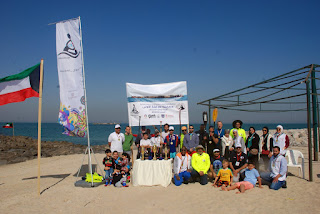 KUWAIT, Feb 7 (KUNA) -- Kuwait Dive Team launched Sunday a competition for environment-friendly boat racing at Umm Al-Gaz Island on the occasion of the country's celebrations of the National and Liberation Days. The competition aims to encourage people to do sports, bring awareness towards protecting the environment and shed light on the artificial island which is one of the most prominent marine destinations in the country, head of the team Waleed Al-Fadhil told KUNA. The competition has been setup in two phases; the first is for kayaks rowing boats and the second for boards rowing. The starting point of the race is from the Sharq beach, moving on to Umm Al-Gaz Island, he said. The competition was in cooperation with Kuwait Kayak Club, Kuwait Fire Service Directorate, Al-Shuwaikh Port Center, General Administration of the Coast Guards and Platinum Health Club. For his part, head of Kayak Club Bashar Al-Hunaidi said the competition was a wonderful and effective, adding that he hoped to spread this kind of environment-friendly sport. The island, built 100 years ago, is situated in front of Souq Sharq and north west of Kuwait Towers. The island has a five-meter high Kuwaiti flag post that people can see from the beach.
(see http://www.kuna.net.kw/ArticleDetails.aspx?id=2486343&Language=en)
________________________________________

My less official version: I visited Umm Al-Gaz on my first trip to Kuwait. It's an abandoned oil industrial island quite close the shore that causes environmental issues, as it isn't well maintained. The Dive Team flies the Kuwaiti flag on it to draw attention, and is trying to have it made into a monument commemorating Kuwait's maritime history and calling for environmental action.

This was the first official collaboration with the Kayak4Kuwait sports group. We had a lot of fun. I was stationed on Umm Al-Gaz during the race itself, where I attempted to capture a few shots. 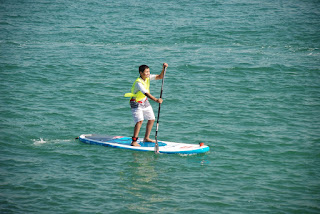 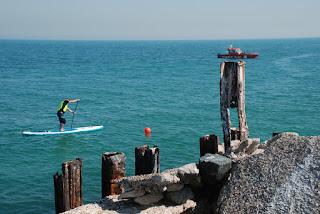 I also grabbed a quick shot thanking the Coast Guard and Marine Fire Department for being on hand in case of safety concerns: 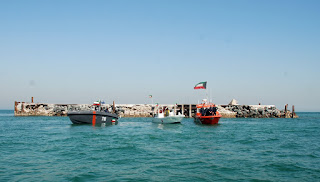 And then had to help heft the safety buoys. 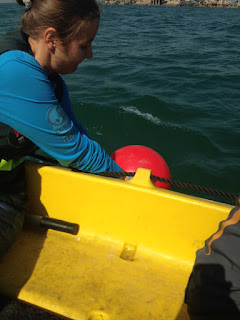 Probably the best part of the day, though, was taking the kids for their first kayak rides after all the formal festivites had concluded. Total naturals, of course! 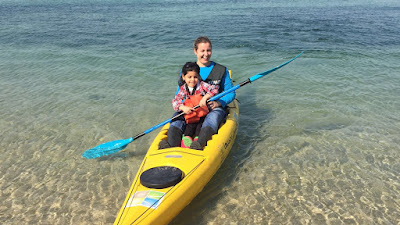 A Happy Liberation Day to Kuwait! The country celebrates throughout all of February to commemorate its independence from Britain on 25 February 1961 (it had been a protectorate of the Empire since 1899)...and its liberation from Iraq on 26 February 1991 (after the 1990 Invasion and subsequent Gulf War). 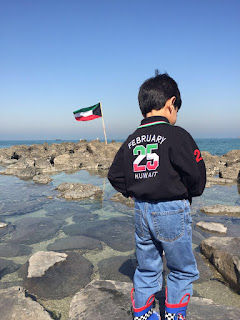