Somehow in all that, we squeezed in a river cruise...and took Rafael! Our first boat on the Thames was rather fantastic. We stared at all kinds of fascinating things. 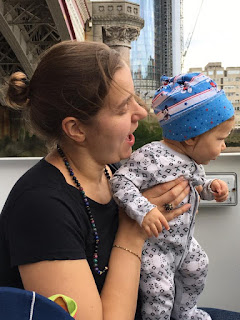 We almost posed in front of the Eye. (But mostly we just chewed our fingers.) 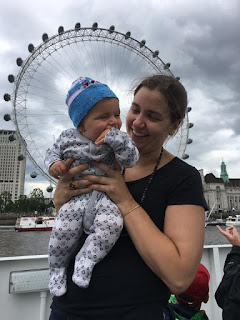 We flirted with Auntie Hannah and found the benches to be quite edible. 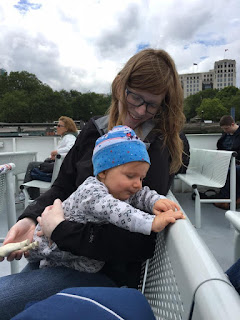 We squirmed like crazy near the Millennium Bridge, aka the bridge destroyed by the Death Eaters in Harry Potter. 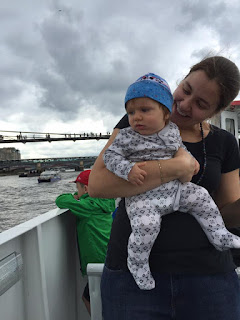 And given that being nearly five months old is all quite exhausting, naturally we then fell fast asleep in an adorable heap. 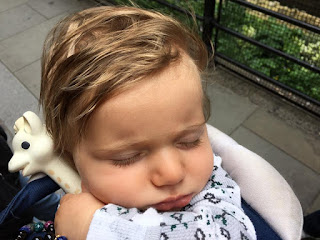 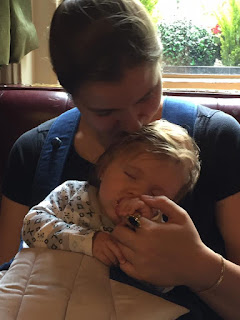 The Boleys are off to Oxford today while I go do a tutorial with The Brilliant Club. Hannah is staying for another few weeks, but her parents leave tomorrow. They're replaced with big brother Sunday morning, though, so there will be no shortage of Boleys and tourism in the coming days...