With great celebration, pomp, and joy, the 2014 Marshall Scholars have arrived in the United Kingdom!!

We met them in Leicester Square last night after a full day of redeye flight and information orientation from the Marshall staff. Took the exhausted darlings to dinner, out to a pub, and got most of them home by about 10pm.
Today, they meet a Member of Parliament, tour Westminster, hear from current Scholars, meet the NHS, and then have an evening reception at the Foreign Commonwealth Office. I'll join them for the FCO...which may well involve a good deal of discussion about The Vote.
Happy voting day, Scotland! It's Referedum time, and folks living in Scotland are voting on whether or not the country should be an independent State. Reasons for and against are complex and involve a lot of future guesswork. Either way it goes, it'll be fun to watch the shakeout!
Tomorrow, the Scholars bus off to their various unis. I am training to Edinburgh to speak at their Orientation.
For this afternoon, though...it's time to enrol at King's College London! :)

Update: A photo of me and two Marshall Scholars whose applications I was vaguely involved with at the Foreign Commonwealth Office! 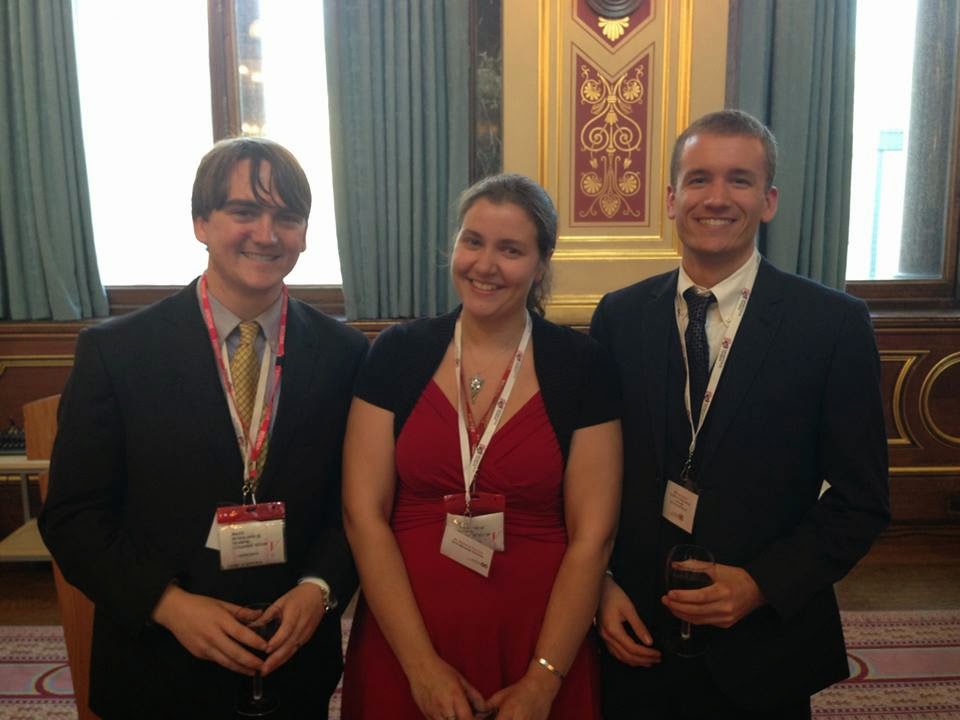