Well. That was delightfully intense and wonderful.

My Israeli friend Agam got up super early on his Saturday to drive me and Greg to the border. We then crossed into Jordan to find that there were no ATMs but we needed money for visa. After a lovely consultation in the back office of the Tourist Police (during which they offered us coffee and tea in the standard hospitality of this region), a taxi driver drove in and advanced us cash. We made it through customs and drove to Irbid, where we met a friend of mine through AMENDS and paid our driver.
Mohammad then drove us to Jerash, home to the ruins of an ancient Roman city. We met another AMENDS Fellow there and frolicked about the ruins before driving to Amman. Said frolicking involved dancing with a Jordanian military musical troope. 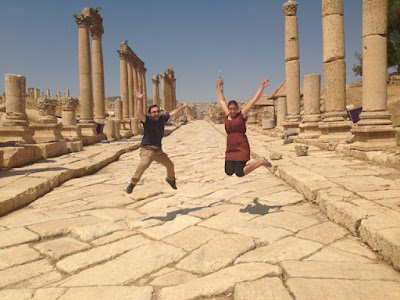 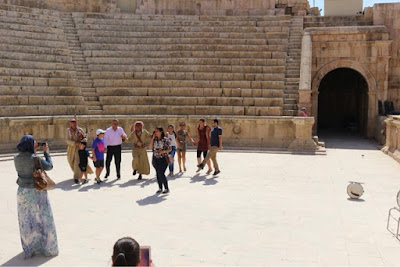 Sunday, Hamza drove us to Wadi Mujib, the "Grand Canyon" of Jordan. We hiked through a river up rapids. It was beyond amazing. And then the required Dead Sea float, much to Greg's buoyant amusement. 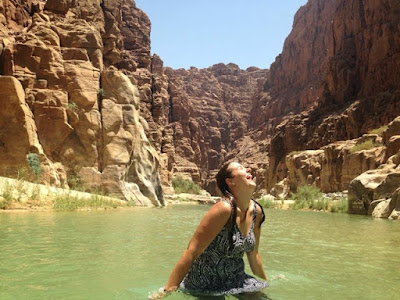 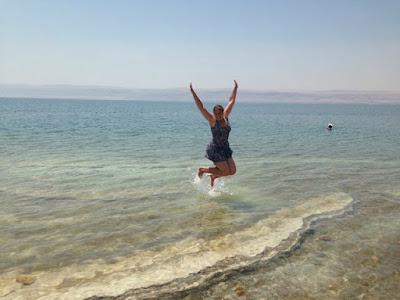 Monday was Petra. And oh my. Words do not do the place justice. Nor do pictures. But have a few anyway: 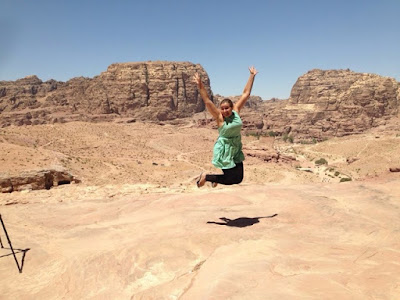 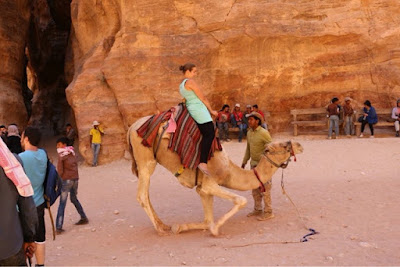 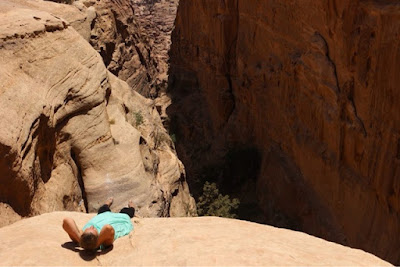 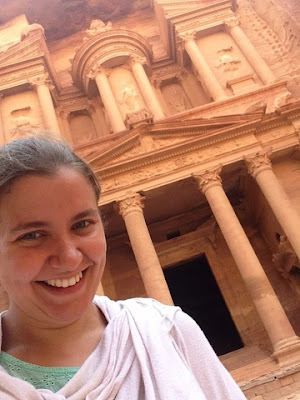 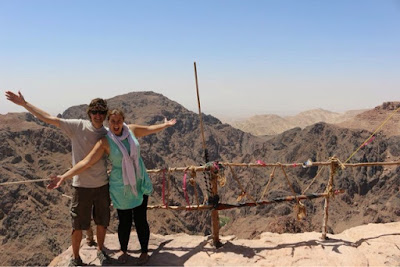