Sponsored by the Permanent Missions to the United Nations of Sweden, Denmark, Finland, Iceland and Norway, Rutgers University, the Environmental Law Institute and the International Union for Conservation of Nature World Commission on Environmental Law

When considering the relationship between the environment and armed conflict, it’s easy to focus on the negative – the horrors wreaked by violence, the barren landscapes left in the wake of war. But the destruction of violence, and the devastation wrought by armed conflict are also creative, in that they create unique windows of opportunity for a reflection and reframing of values and norms. The dismantling of the normal that armed conflict entails invokes within us a call to reconsider what kind of world we want to live in. We’re sitting today in the incredibly creative result of one such unique moment, when states and peoples questioned what kind of world they wanted to live in after the Second World War. The overwhelming response was ‘not this one’ and ‘never again’. And thanks to that shared global resolve, we’ve just celebrated the 70th anniversary of the United Nations.
On slightly smaller scales, nations, communities, and peoples can do the same with the environment in the windows created by experiences of conflict, when the normal ways of doing business are in upheaval. I want to share today a few examples of groups that are doing just that, in the hope that lessons learned from these stories and positive examples of what does go right can help us consider how we approach and shape the law of the protection of the environment in relation to armed conflict.

These case studies suggest four major issues to be considered in the connection between the natural environment, conflict, cooperation, and peacebuilding: 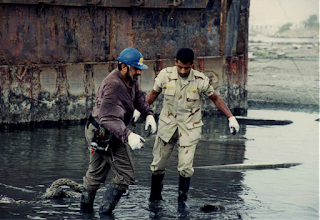 This is a view from Kuwait. We’ve heard quite a bit about it already today. After the 1990-1991 Iraqi Invasion of Kuwait, the country was left in ruins. The issues raised by the Syria case study we heard earlier – infrastructure damage, leftover military equipment, and the like – were very real. In response, and as a method of patriotism and national rebuilding, a group of amateur scuba divers determined they were going to teach themselves salvage techniques in order to clean up the oil and lift the sunken boats from their coral reefs. 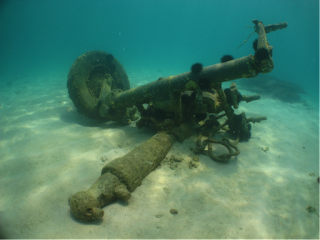 Views like this undetonated ordnance, which the Kuwait Dive Team found and helped the national government to safely dispose of, are now far less common. Instead, thanks to the particular buy-in of this grassroots movement – and the way that conflict clean-up made a group of people fall in love with their oceans and with community service – we get views like the one below, with hundreds of schoolchildren coming every week to do a beach cleanup. 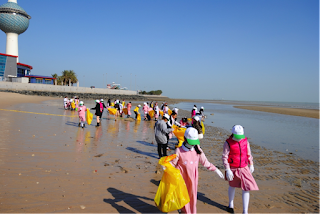 The boats and oil mess leftover from the invasion could have been cleaned up much faster by some concerted, top-led, super financed and focused effort, allowing Kuwait’s waters to look like this once again. But this would not have led to the creation of a major NGO now shaping Kuwaiti civil and political life and creating a spirit of volunteerism in the country. There is value, both intrinsic and instrumental, to ensuring that local communities are deeply involved in these efforts.

Secondly, I would challenge us to consider the approach to the environment – and other sectors at play – we all hold. I contend that the environment should not be seen merely as a tool, and especially not merely a problem to deal with, but rather as a partner in peacebuilding and post-conflict rebuilding. This doesn’t discount that sometimes the environment is an issue. But if we focus only on nature as a problem to solve, we’re doing it wrong. We don’t view our children merely as obnoxious things that wake us up in the middle of night. They are much more than that, with many more roles to play. And generally speaking, their positive, relational impacts on us far outweigh the headaches they create. The environment intersects with armed conflict in a number of ways, and many of them are positive. Emphasizing the positive partnership in which we can engage with nature should be a priority for those of us concerned with these issues; otherwise, the negative issues become a self-fulfilling prophecy. 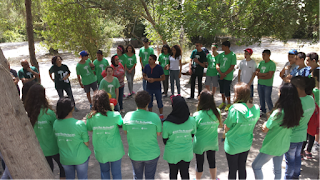 EcoPeace Middle East, for example, is working with Israeli, Jordanian, and Palestinian teenagers on shared water management and Jordan River rehabilitation. The group’s work is challenging notions that water scarcity and tensions necessarily lead to conflict even as it is empowering young people in a conflict-ridden region to be ambassadors against reductionist stereotypes and narratives of environmental doom. 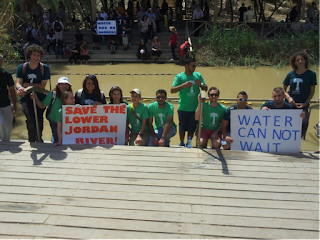 The EcoPeace narrative about environmental peacebuilding includes attention both to the anthropocentric need for water but also to the concern for the ecosystems themselves, bringing nature in as a stakeholder to the environmental consequences of conflict.

Too, nature is not law’s only partner in the protection of the environment. Activists, economists, educators, policymakers, farmers: we should all see each other and alternate approaches to these issues not merely as tools in our own work but as partners who all come with a piece of the puzzle. While this may sound basic, and it isn’t unique to the problems raised by the protection of the environment in relation to armed conflict, I do want to give a nod to the importance of involving a multitude of actors. After all, we all have a stake in this. 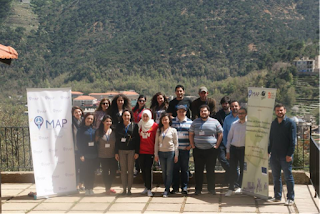 One group doing this interdisciplinary and intersectoral work is the Media Association for Peace, currently running environmental peace journalism training programmes in Lebanon. This work is encouraging journalists to cover environmental issues and nature itself as a key stakeholder in Lebanese state-building and sustainability, creating a Lebanese public with a greater interest and buy-in to environmental concerns. This is building local capacity and seeking to mitigate the chances of things like bush burning (Robert). The discursive power of law in both reflecting and reproducing the kinds of norms these peace journalists are trying to highlight shouldn’t be underplayed – nor should the power of these peace journalists to help uphold and encourage the rule of law. 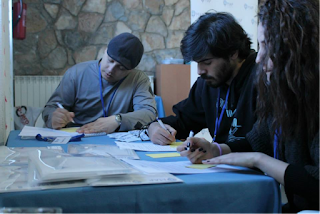 And finally, a call to justice. Much of international climate change law and global thinking is captured in the phrase "common but differentiated responsibility". It's a powerful call, I believe: a recognition that we have all played a part in harming our world, but not an equal part. An awareness that we all have a part in helping to care for our world, but that some are equipped and morally required to take on a larger share. When it comes to the protection of the environment – including ourselves – in relation to armed conflict, a similar logic applies. We all play a role in perpetuating conflict; we all must seek to end violence. Some of us can and must do more. But it is not only common but differentiated responsibility. When it comes to the environmental risks of armed conflict, we also have common but differentiated vulnerability. One environmental peacebuilding organisation in the Middle East acknowledges these power asymmetries by giving their Palestinian office the final say in all press releases and policies, ensuring that those with the weakest systemic position are fully on board with actions before moving forward. We – and the law – have to similarly target and include the most vulnerable or we are likely to find ourselves back on the similar ground of inequality, unsustainable injustices, and tensions leading to conflict. We have a unique opportunity here, an uncommon moment to shape who we are and how we relate to and with each other and to and with nature. And I hope we use it wisely and justly. Thank you.