Going to the Games

I had a very British day.

I had train troubles whilst traveling but made it to Glasgow.

I then proceeded to watch Wales, England, and Scotland all lose their various rugby 7's games. I do now know the majority of rugby's rules, though! Or at least the basic play. 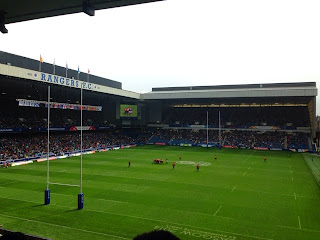 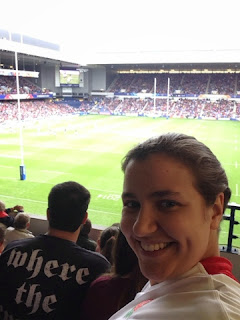 Mary and I wandered from the stadium to Glasgow's Science Discovery Centre for lunch. Totally adorable. On the way, we stumbled into a rally for the Yes Campaign (pro-Scottish independence). The rally was also very pro-Palestinian. Given that Mary had an English flag wrapped around her from the rugby game, we didn't linger too long. 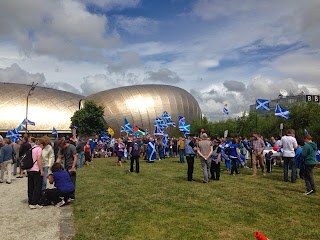 After free whiskey samples near the Games Grounds, the evening's entertainment included the England v. South African and Northern Ireland v. New Zealand netball games. I learned a great deal - including the fact that I apparently enjoy netball. I also really enjoy watching sports when the teams are evenly matched so things are ethnically interesting - and in an atmosphere of non-mob mentality and extreme sportsmanship (e.g., the whole stadium applauded any time either team scored. It was very refreshing). 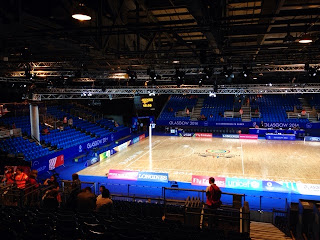 We were also joined in our block of seats by Prince Edward and his family.