Kevin has safely arrived in the UK to visit for two weeks and life is very, very happy. We went with my family to the British Museum today. He managed to power through the full day after flying in at 7 am and is now very deservedly crashing hard. Hopefully this means he will sleep through the night and be instantly over the jet lag!
:) 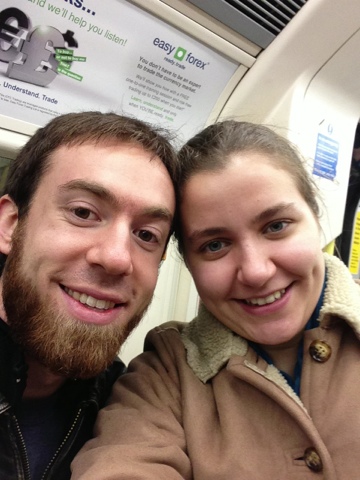 Posted by Becca Farnum at 9:26 PM No comments:

It has been quite a while since I've posted...I've been rather occupied - because +Gregory Farnum, +Charles Farnum, Kendall, and Granna are in the UK for Christmas!  We have been trekking about the London-Norwich-Cambridge triangle and having a fantastic time.
A bit of a peek into the Farnum Clan's last week: 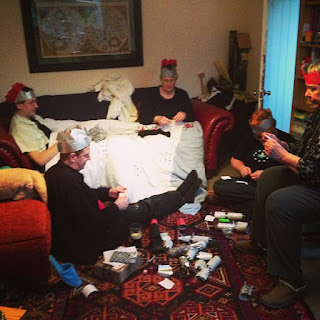 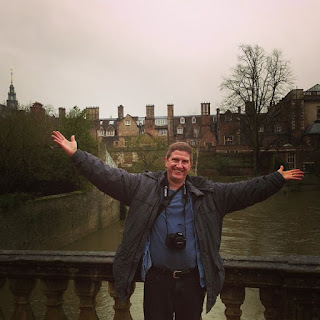 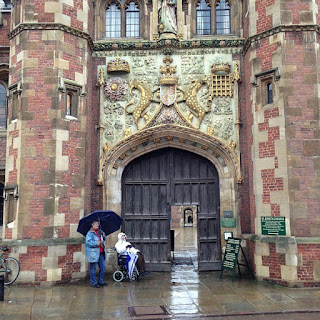 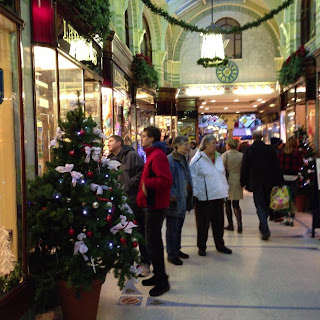 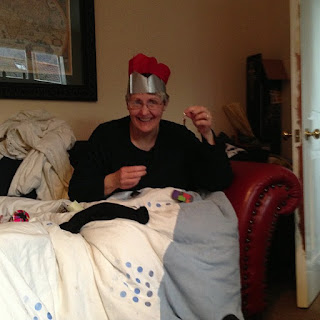 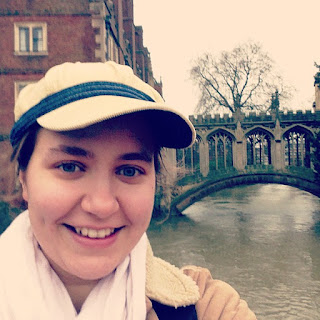 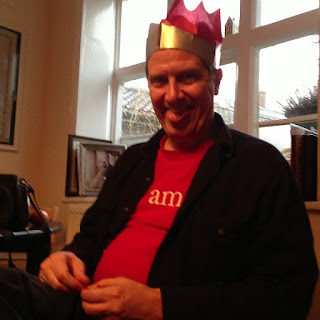 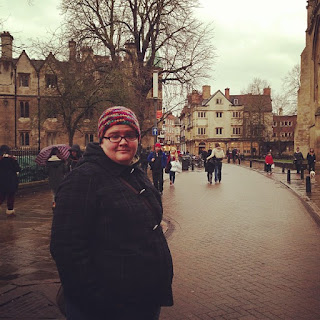 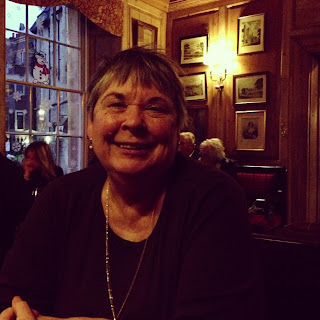 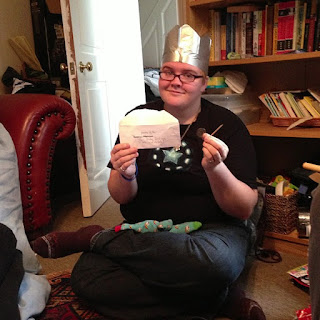 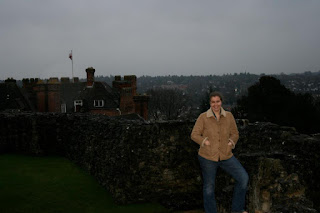 Happy Christmas from the UK!
Posted by Becca Farnum at 4:08 PM No comments:

I sang tonight in the choir for the Octagon's candlelit carol service.  It was really lovely, and similar in feeling to a Christmas Eve service you'd expect from a Protestant church in the States.  The entire service was lit only by lit candles for the congregation and small reading lights for readers and singers.   The choir would sing an anthem, there would be a reading, there would be a congregational hymn, repeat.  It was quite delightful.  The Unitarian bit: readings included not only the story of Jesus' birth, but reflections on the winter solstice and other "pagan" rituals that have become part of Yuletide, how the hymns we sang weren't necessarily meant to be literal truths, and our closing hymn was "Good King Wenceslas" rather than the "Silent Night" that would traditionally finish off an explicitly Christian Christmas carol service.  And, rather than departing in silence or wishing everyone a "Merry Christmas" and heading off, we turned the lights back on and had mince pies and sherry together.  It was very English.  And very lovely.  :)
Posted by Becca Farnum at 10:04 PM No comments:

Cambridge is only about an hour and a half away from me, but I hadn't made it before now. I had to take a friend the camera she left in London over Thanksgiving - the perfect excuse! 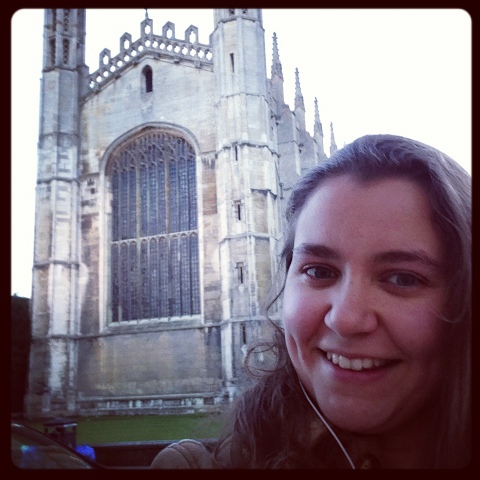 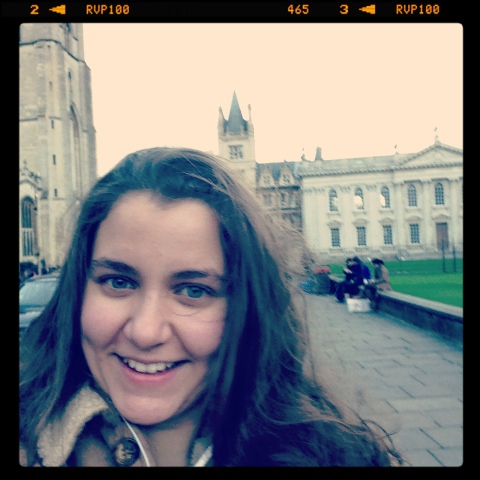 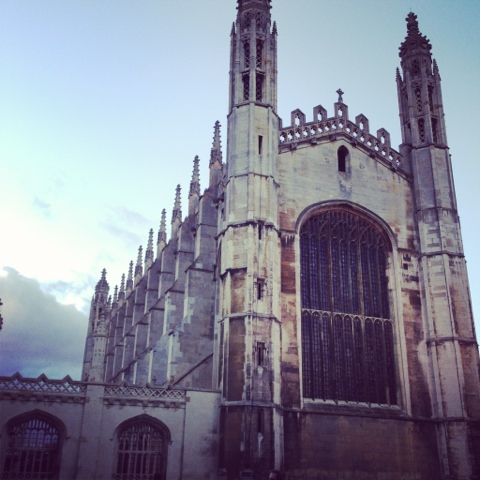 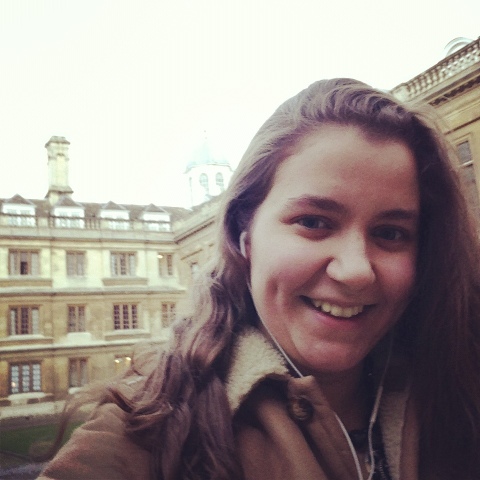 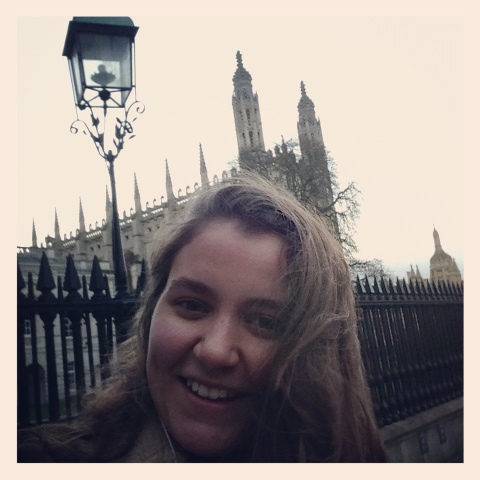 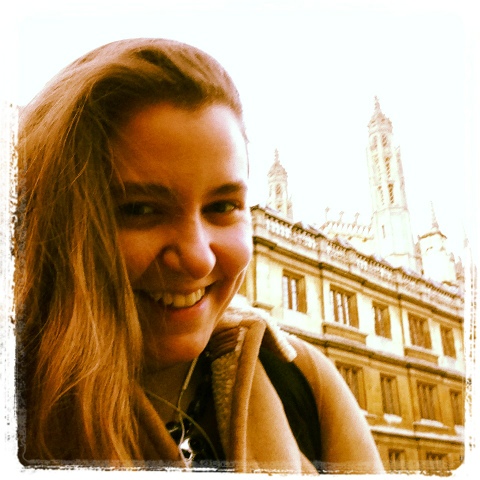 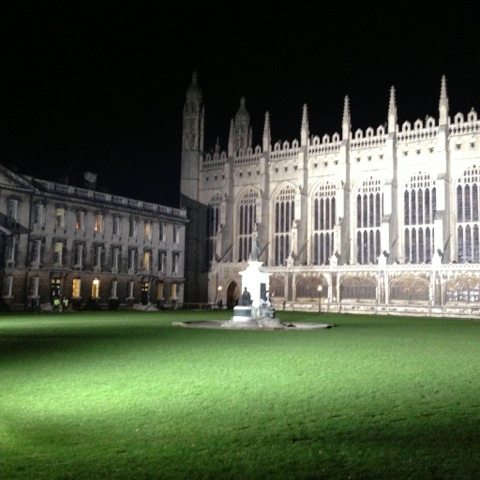 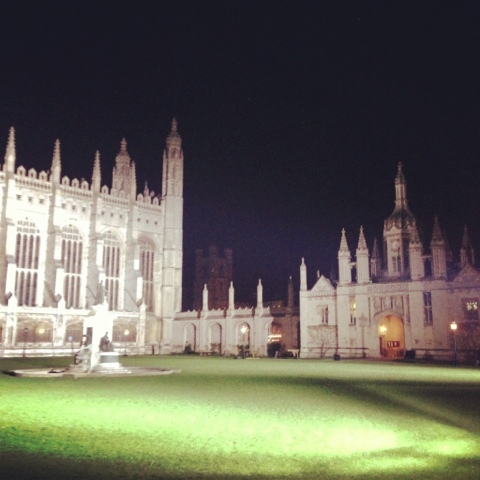 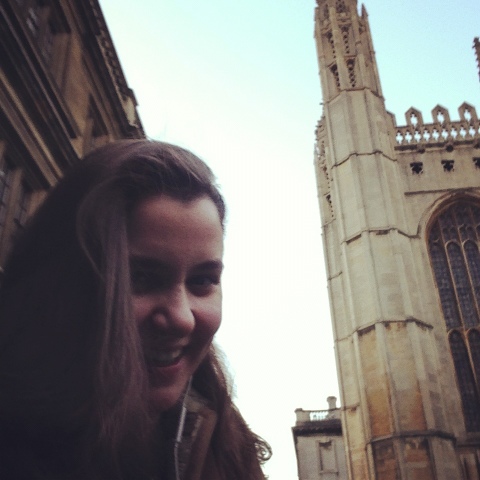 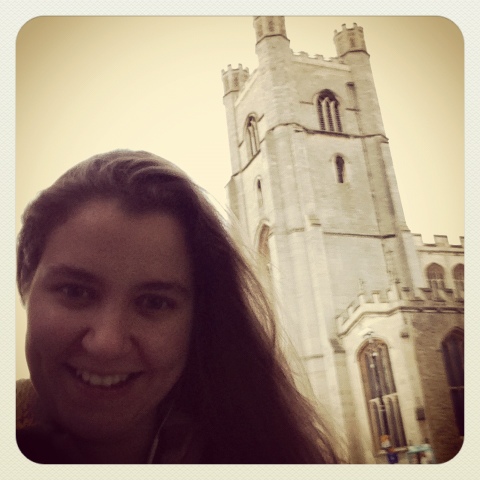 Posted by Becca Farnum at 8:24 PM No comments:

To callback or not to callback...

I'm currently facing quite the dilemma:
I auditioned yesterday for "13," a play being put on by UEA's Student Drama Society. They produce several plays and musicals a year, completely extracurricularly.
What fun, right?  Totally need to be involved.  Also, "13" sounds incredibly fascinating:

‘An identical, terrifying dream haunts Londoners in the midst of economic gloom and ineffective protest. Whilst the prime minister considers a preventive war, a young man returns home with a vision for the future.’ The play focusses in on a time where spiritual belief and nightmares walk the streets, circling around the lives of 13 individuals who all fear what the future holds. Set in 2012, ‘13’ by Mike Bartlett, causes us to question our thoughts on morality, justice and our own parts to play in the fate of a terrifying future.

So I auditioned yesterday, and callbacks are today. We were told we'd find out last night if we were called back.
No email.  No Facebook message.  No text.

Okay, I think: It must be standard practice for them to tell only those they want back, and just not bother, given time crunches, saying "thanks but no thanks" to everyone else.

Except I messaged a mate of mine, and she auditioned, and got a message telling her she wasn't called back.

So.
Do I go and check?  Or do I stay happily curled up in bed, taking care of final papers?
DILEMMA.

I had a spontaneous trip to Anne-Marie's today, home of a German friend, a two-year-old, a fun Welsh British man, and a delightful American expat.  Made dinner together (the two-year-old was a huge help, of course): butternut squash risotto with spinach and pine nuts.  Had a very varied dinner conversation: horror books and films, Israeli-Palestinian-American politics, gender quotas in politics and businesses.
I am now the proud owner of a Herman.  "Herman" is a German friendship cake - see http://www.hermanthegermanfriendshipcake.com/ for information on my newest small project.
Posted by Becca Farnum at 9:44 PM No comments:

Friday evening, I was very privileged to attend a lecture from Justice Albie Sachs.  Justice Sachs has been a human rights activist for all his life.  Growing up in South Africa, he faced regular threat from the apartheid government.  He was a refugee in the United Kingdom and elsewhere multiple times.  I really encourage you to read some more notes on him from the link above (good old Wikipedia) - he truly is fascinating!  In addition to racial justice activism, he authored South Africa's Constitutional Court decision to legalize gay marriage.
Justice Sachs was giving a lecture on behalf of CARA, the Council for Assisting Refugee Academics.  He discussed the importance of welcoming refugees, focusing on refugees' skills and talents to include them in society, etc.  I really appreciated his honesty, in admitting that his gratitude for the UK on taking him in while he was on the run was tempered by a good deal of anger at the UK for its colonial history and enduring racism.  Great quotations and themes from the night include "humanizing dialogue," "there's something subordinating about gratitude" - affection is better, "nobody's anointed by history to be good," how the sharing of ideas and academic movement is "internationalism at its highest," and, my personal favourite: "the good doesn't wipe out the bad, but the bad doesn't destroy the good."
I am now the happy and proud owner of a signed copy of "The Strange Alchemy of Life and Law."
Posted by Becca Farnum at 3:53 PM No comments: