I have just returned to Norwich after a fantastic three days at Holt Hall in rural Norfolk, working with forty young British students to develop capacity around energy saving, environmental activism, leadership, and communication.
As always, US Girl Scout and church camps came flooding back and I won the prize for loudest lungs. The kids seemed to enjoy themselves a lot - even though we forced some maths worksheets on them.
This programme is similar to the "Water & Enterprise" I helped teach at last year, but we really built university students into the leadership for this year and had UEA and Marshall Scholars running about half of the sessions. And I'm continuing to bully Scholars into Norfolk - had six others come join us for different days to help lead small group work. A grand time was had by all, I do believe!
Marshalls will hopefully be running our own residential around environmental arts activism in Early June, so this was a lovely prelude/warm up to that.
And now - Norwich for a few hours to see Iorwerth et al., and on to Oxford to see other mates!
Posted by Becca Farnum at 4:56 PM No comments:

Someone really must disable my Netflix account.
(By "someone", I suppose I really mean me, since I'm the only one with access...him...)

I mean, "Doctor Who" and "Firefly", fine. They were sci-fi-esque. Mostly, they were fun romps that happened to take place in space.

"Star Wars" and "Star Trek" are mainstream enough for me to slide under the radar.

But with the advent of "Farscape" and "Battlestar Galactica", I believe it is time for me to give it up.

I'm officially a member of the fandom, not just a geek. Ahh, well. My ability to sometimes pretend I was normal was fun while it lasted.

Essay topics for second term have been released and are due 22 April.
I opened up the document for International Climate Change Law, and there appeared a title that could have been written for me: "To what extent do human rights come to bear on international climate law?"
Well. There's that sorted, then. There are five other options, which I barely bothered to skim. (Though I could, instead, go on an anti-market rant by the look of things. Also tempting, but no.)
Environmental law and human rights law are trickier, as there are several options that would be happy for each.
To be sorted in due course...and then likely rambled upon via the YouTube series...
Posted by Becca Farnum at 9:55 PM 2 comments:

I got bullied into singing second soprano in church choir this morning. On an a acappela piece. The horror!!
The problem with singing soprano only occasionally for years is one utterly loses the ability to actually harmonise, instead of just singing the highest note possible.
But I lived through the service. And even didn't do too much shame to the "Be ati", I think.
Not saying I'm up to do it every week. But if there's one thing singing in a Scottish church choir with hymns you never know is good for, it's being forced to sightread and not simply autopilot during congregational singing in church...
Posted by Becca Farnum at 12:13 PM No comments:

I have renounced all scheduled commitments and migrated to London!
(Okay. It was a well thought out and planned trip. I moved my two office days around and rescheduled other meetings. I'm going back on Thursday in time for class.)
But, in the meantime: Let's have a midweek mini break!!
Garrett (fellow Marshall) is starring in a student production of "Beggar's Opera" this week. Limited run of 11-13 February with no weekend dates, but I have yet to see him properly perform. Long past due, so down I came!
I'm in Oxford tonight and tomorrow morning, catching up with mates. And then I'll head to London with a group of Oxford-based Garrett Turner fans for the show and a late dinner tomorrow. Thursday is a 7am train back north.
But! I did see some snow (by which I mean a light frost over a single field on mountain) on the ride down. It was very exciting. Perhaps I'll go back home to a snow storm. But I doubt it.
Sigh. Michigan, do feel free to send some of that lovely white stuff my way.
I'm not sure how a post on London mini break for theatre turned into angsty snow missing, but there you have it.
Have a lovely and warm day, wherever you are, my dearies.
Posted by Becca Farnum at 3:03 PM 1 comment:

The first-year Marshall Scholars are now considering their applications for second year programme. This weekend, I got to host Jenny, who is looking at Edinburgh's various energy and climate programmes. My grand city pulled out all the stops, with sunshine in February, frolicking at the Children's Museum, and a flat-full of classmates having a laugh over a Valentine's gift exchange. 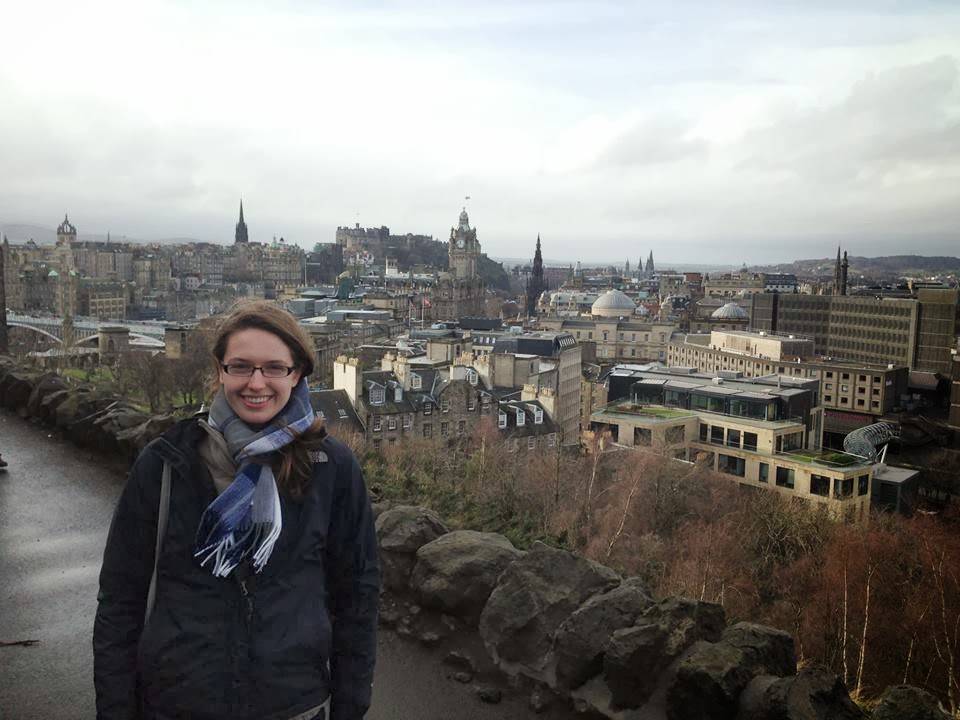 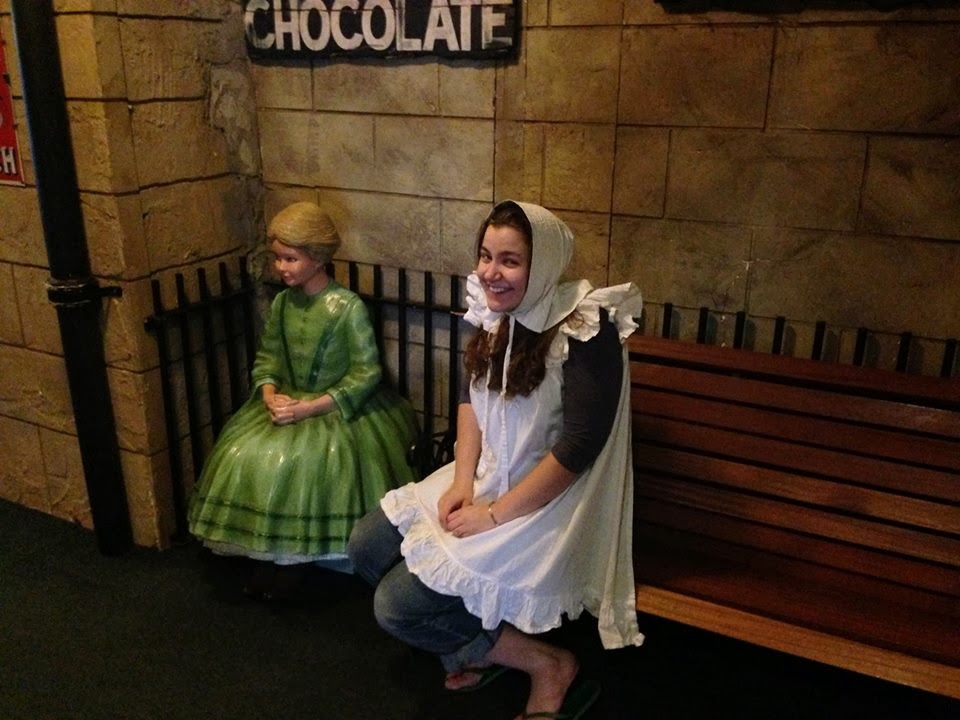 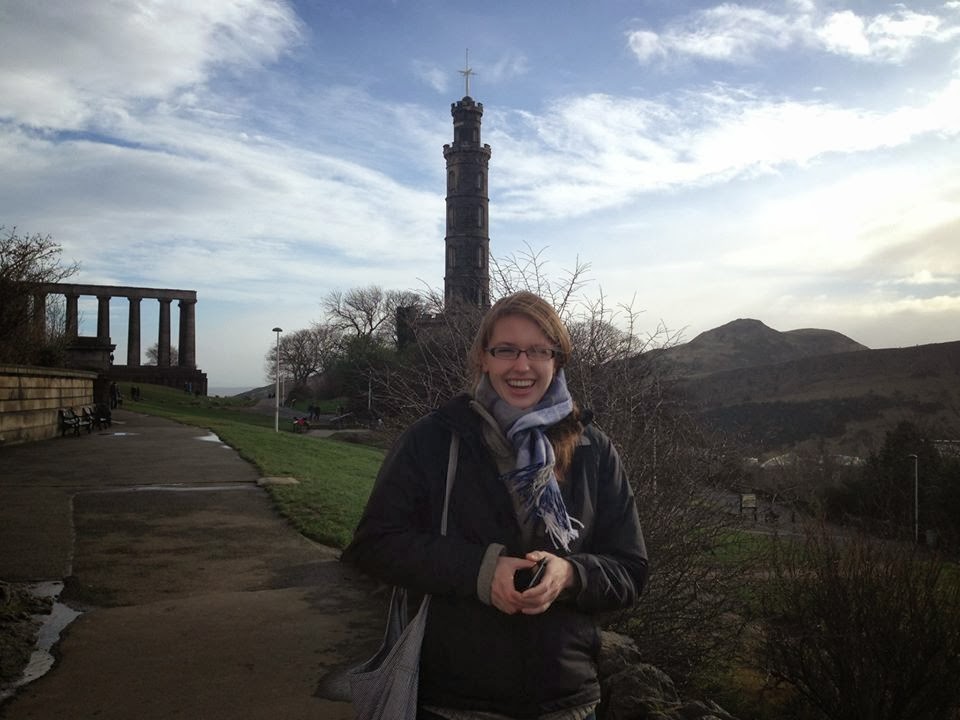 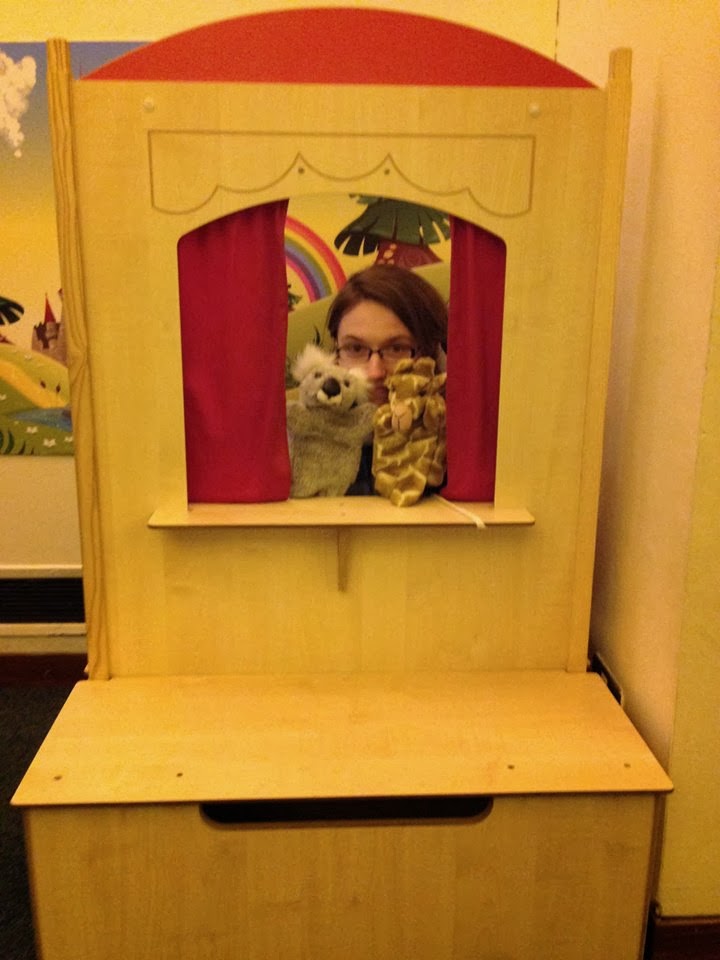 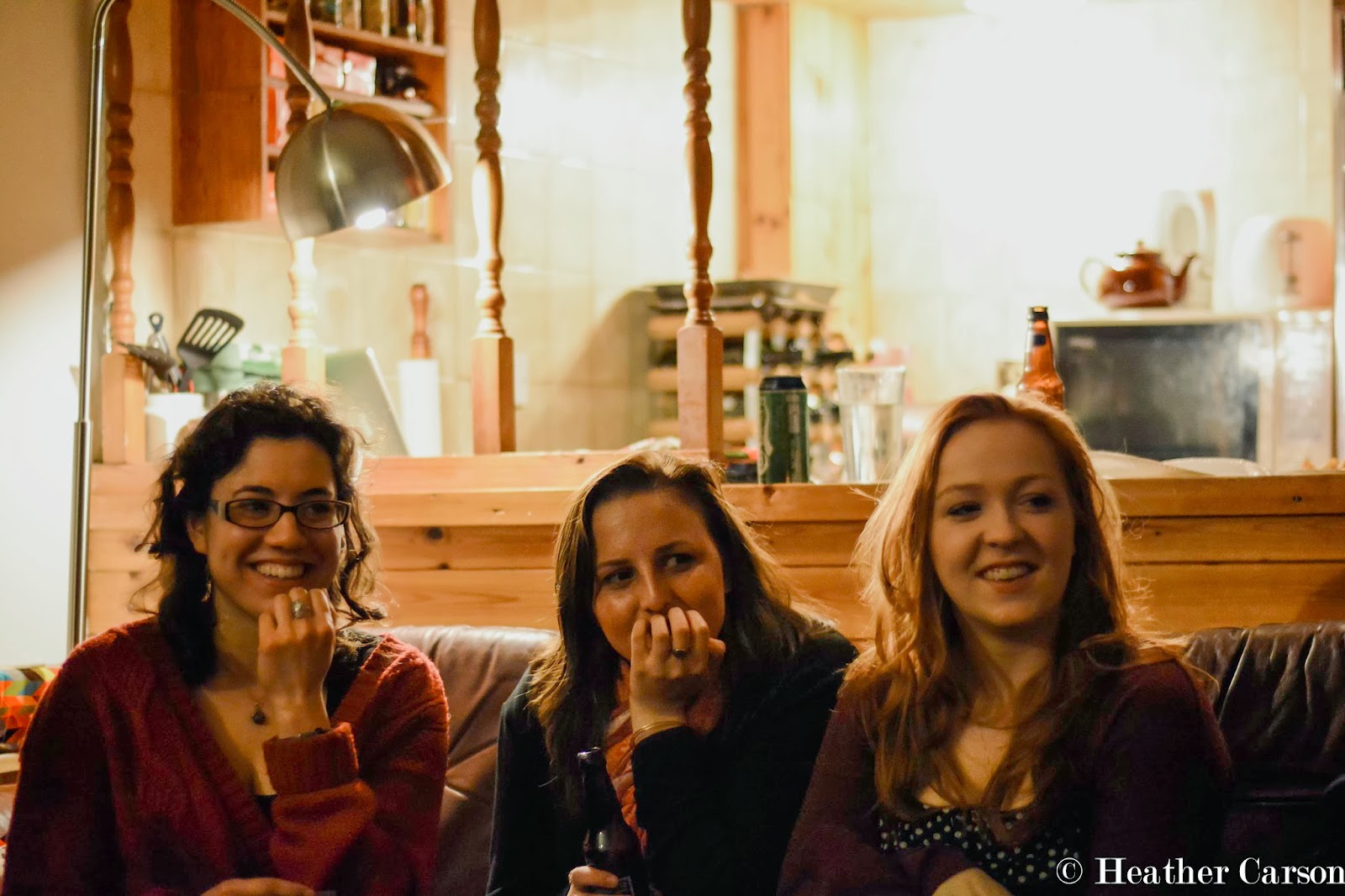 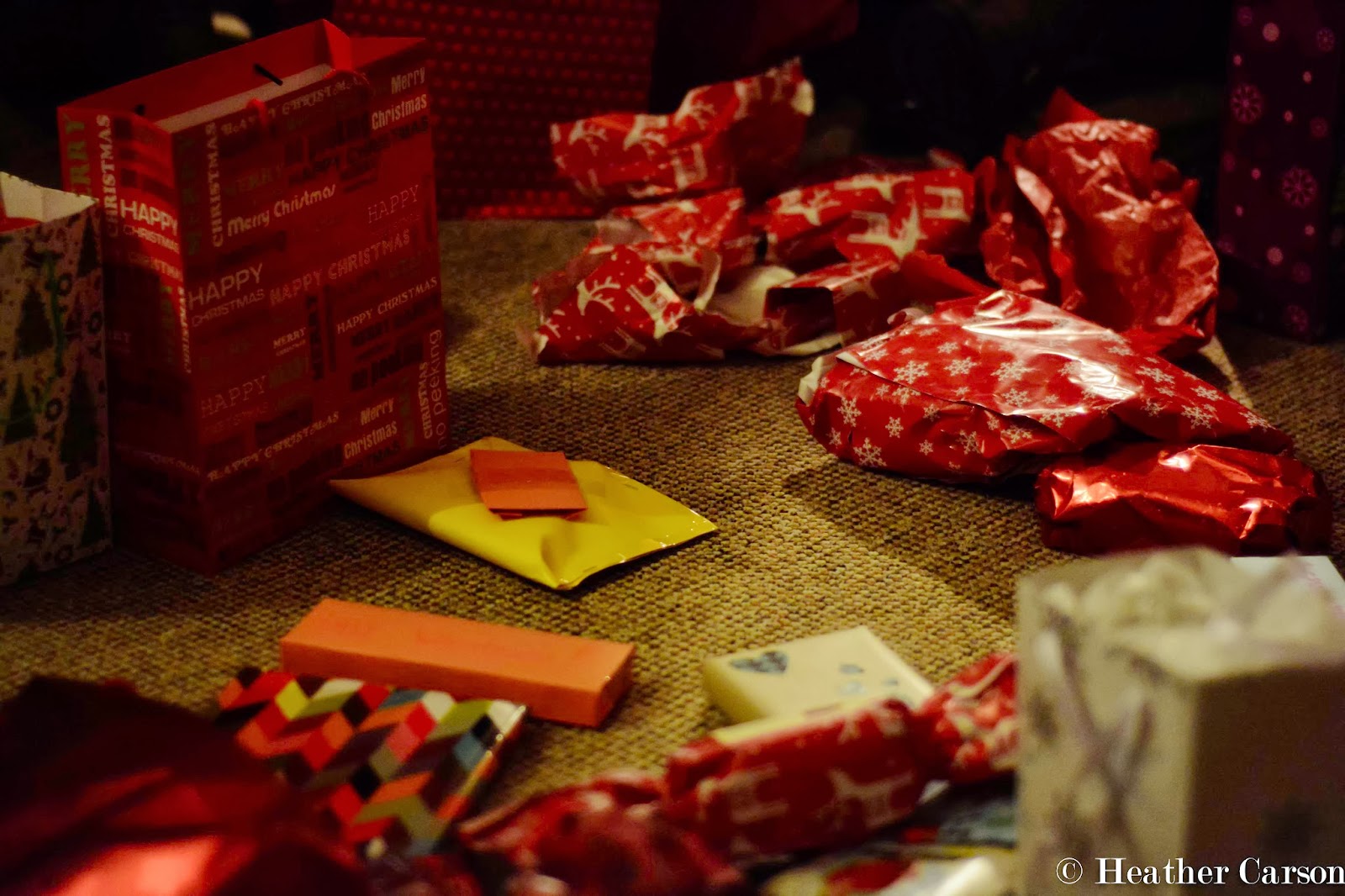 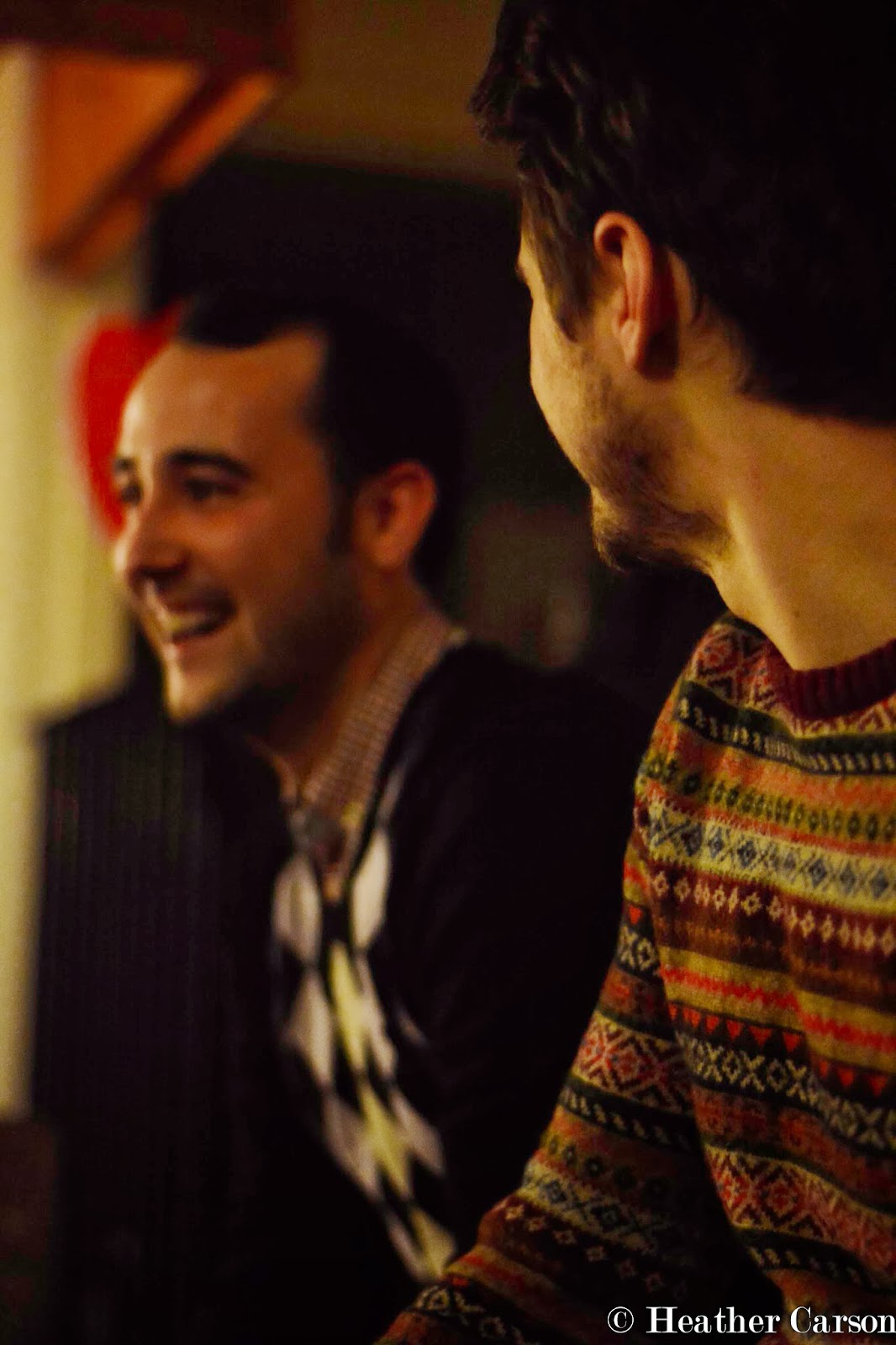 (Photo credit to Heather Carson on this last one as well!)

Posted by Becca Farnum at 7:03 PM No comments:

I have released a newsletter covering October 2013 to present. It's now available online, thanks to my delightful little website. Check out a few updates here. I think you've seen most of the photos included, but there are a few new ones. :)
Posted by Becca Farnum at 3:00 PM No comments:

I was off to the Kingdom of Fife today, for lunch and a fantastic afternoon of conversational musings at a mate's house. Marjon is another student in the LLM International Law programme, originally from Iran. She and her husband live in a gorgeous house...that used to be a church. Absolutely glorious. And Persian food for lunch!! Happy Becca 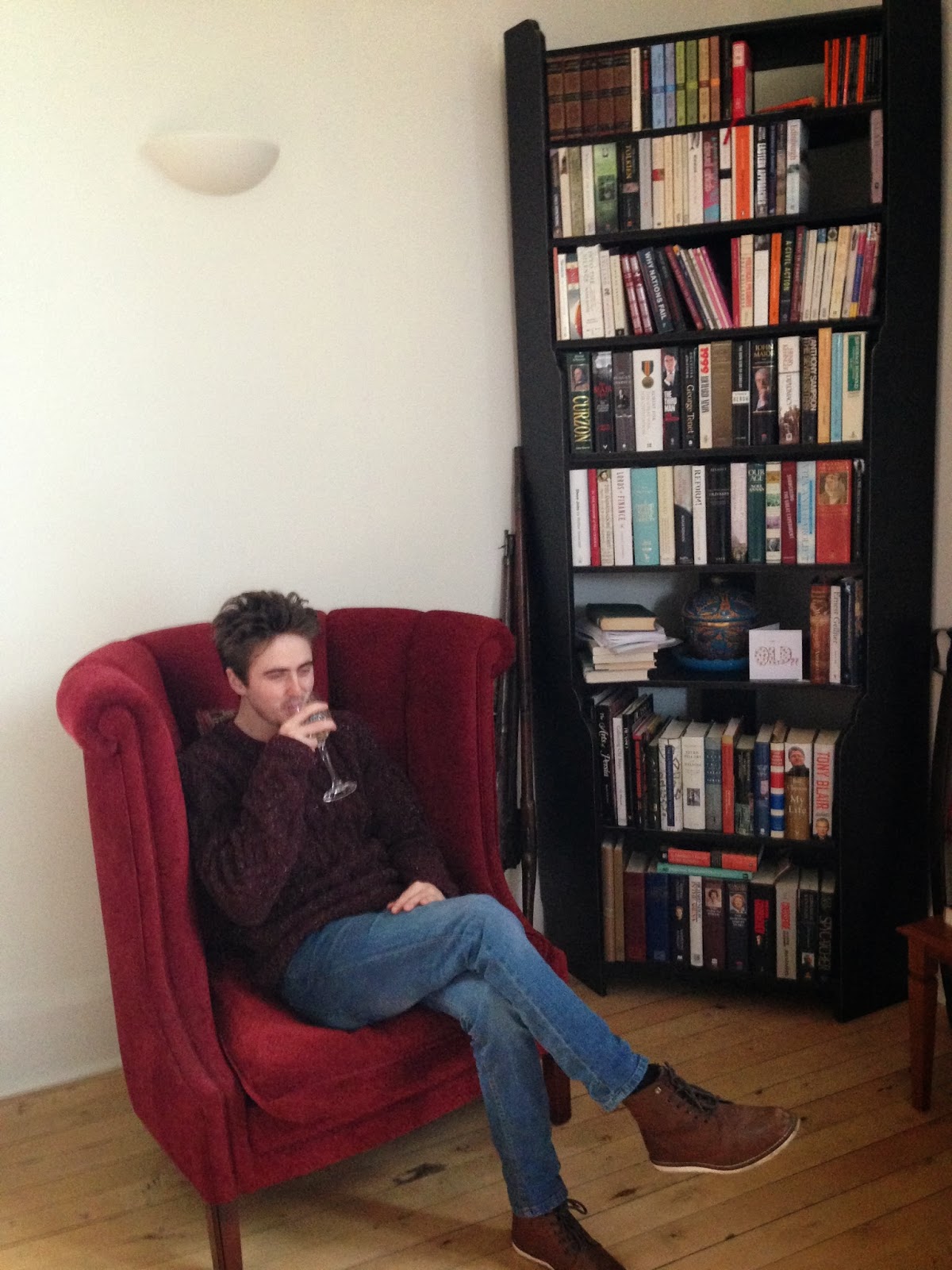 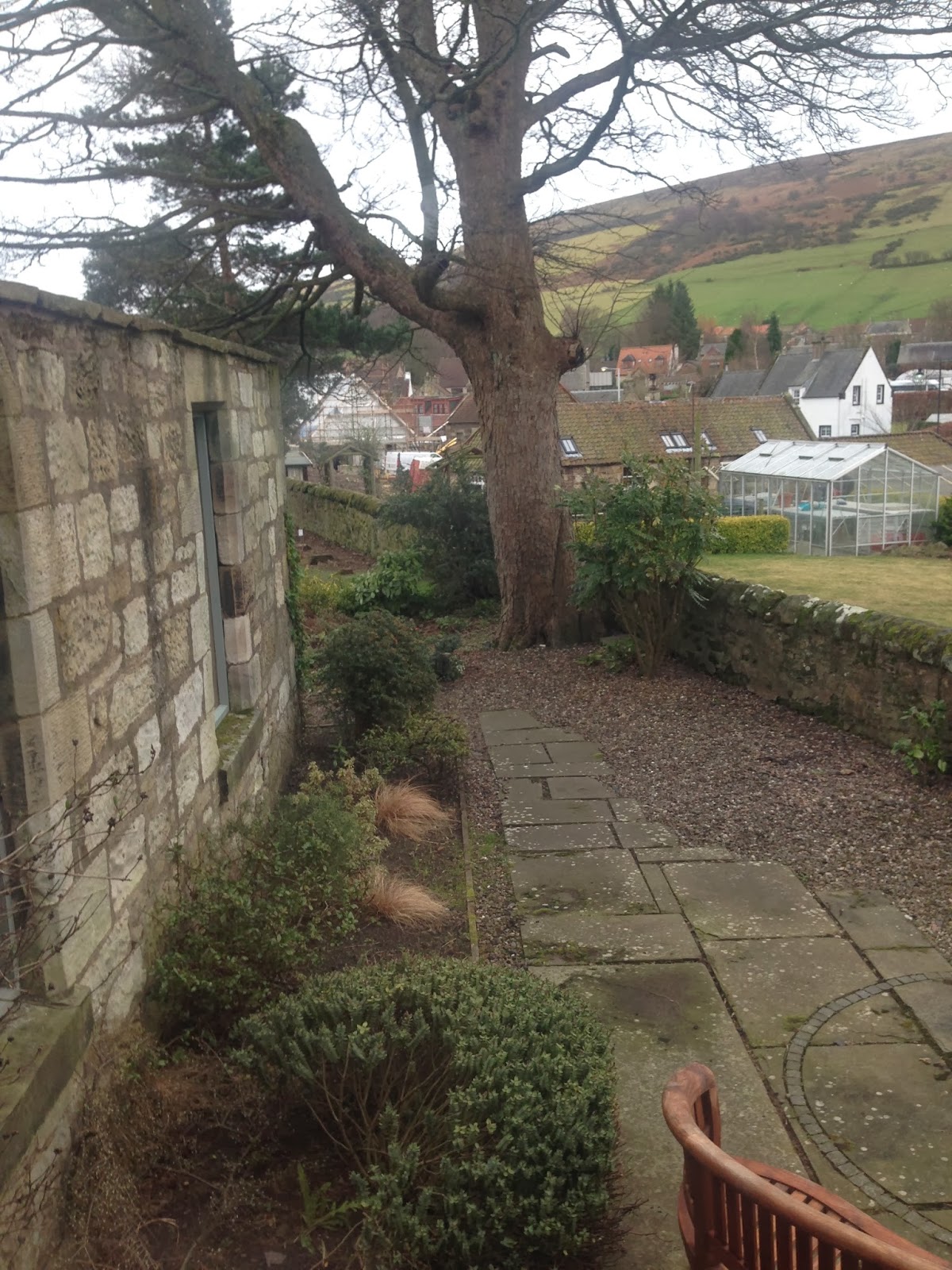 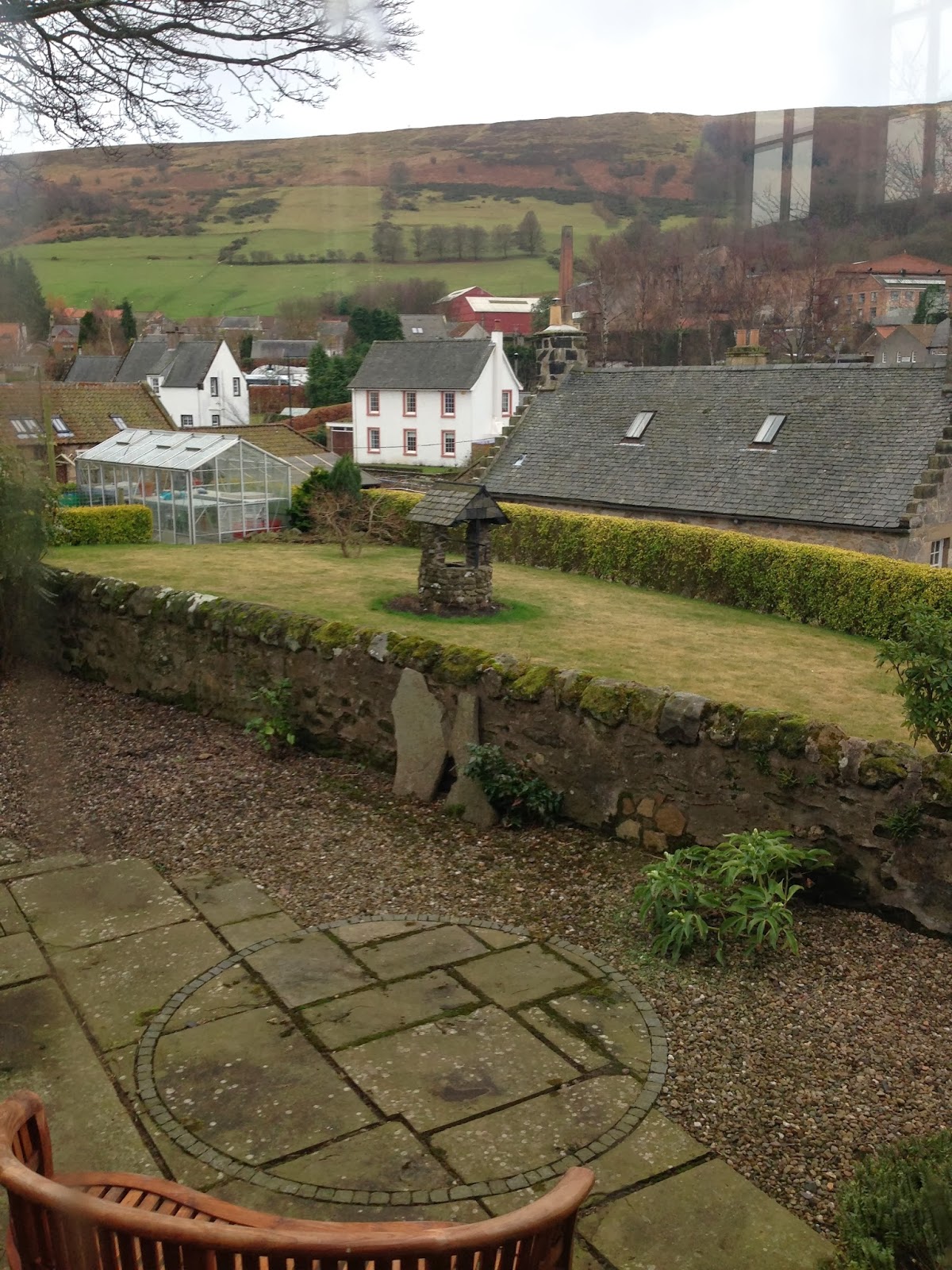 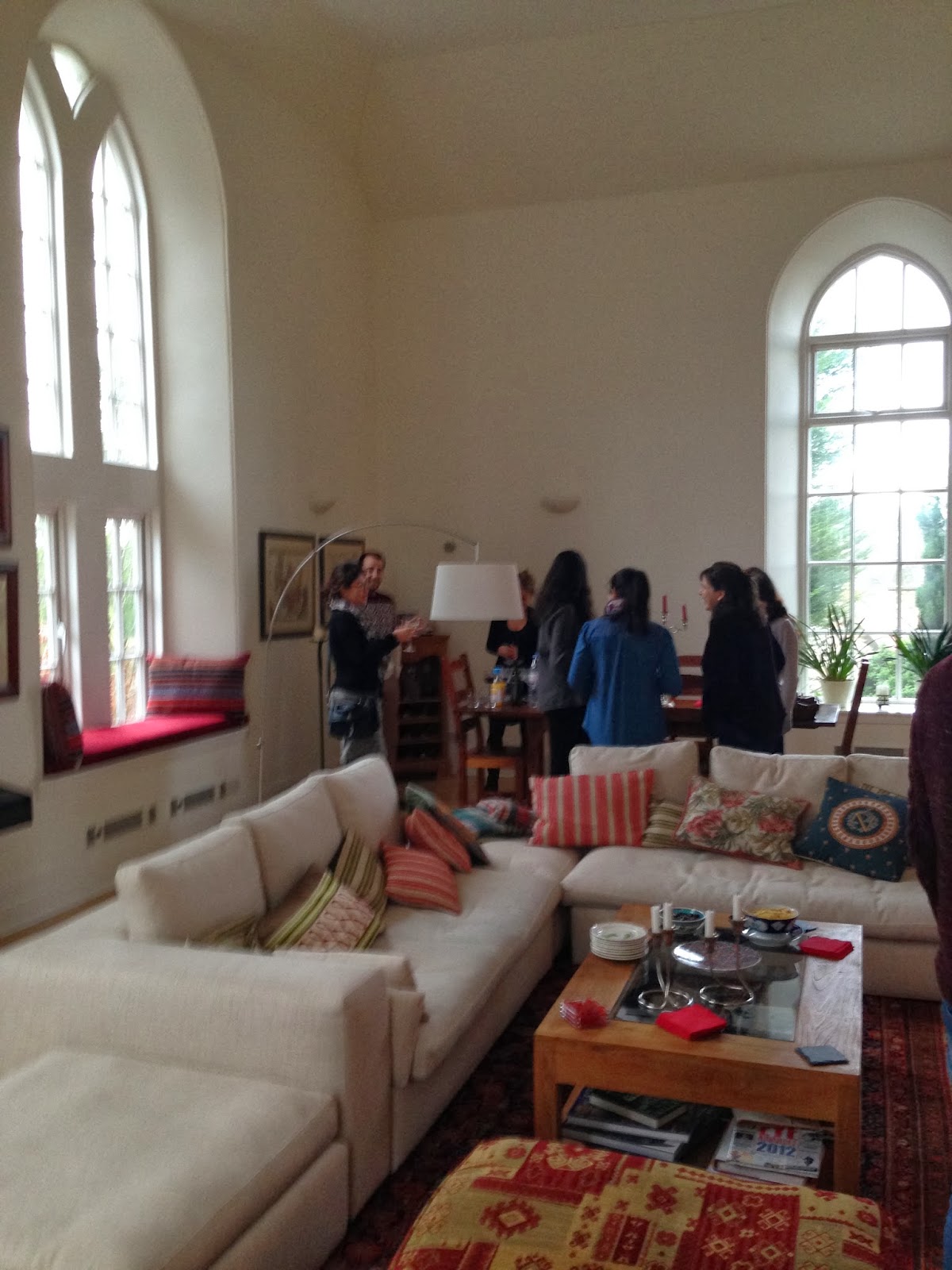 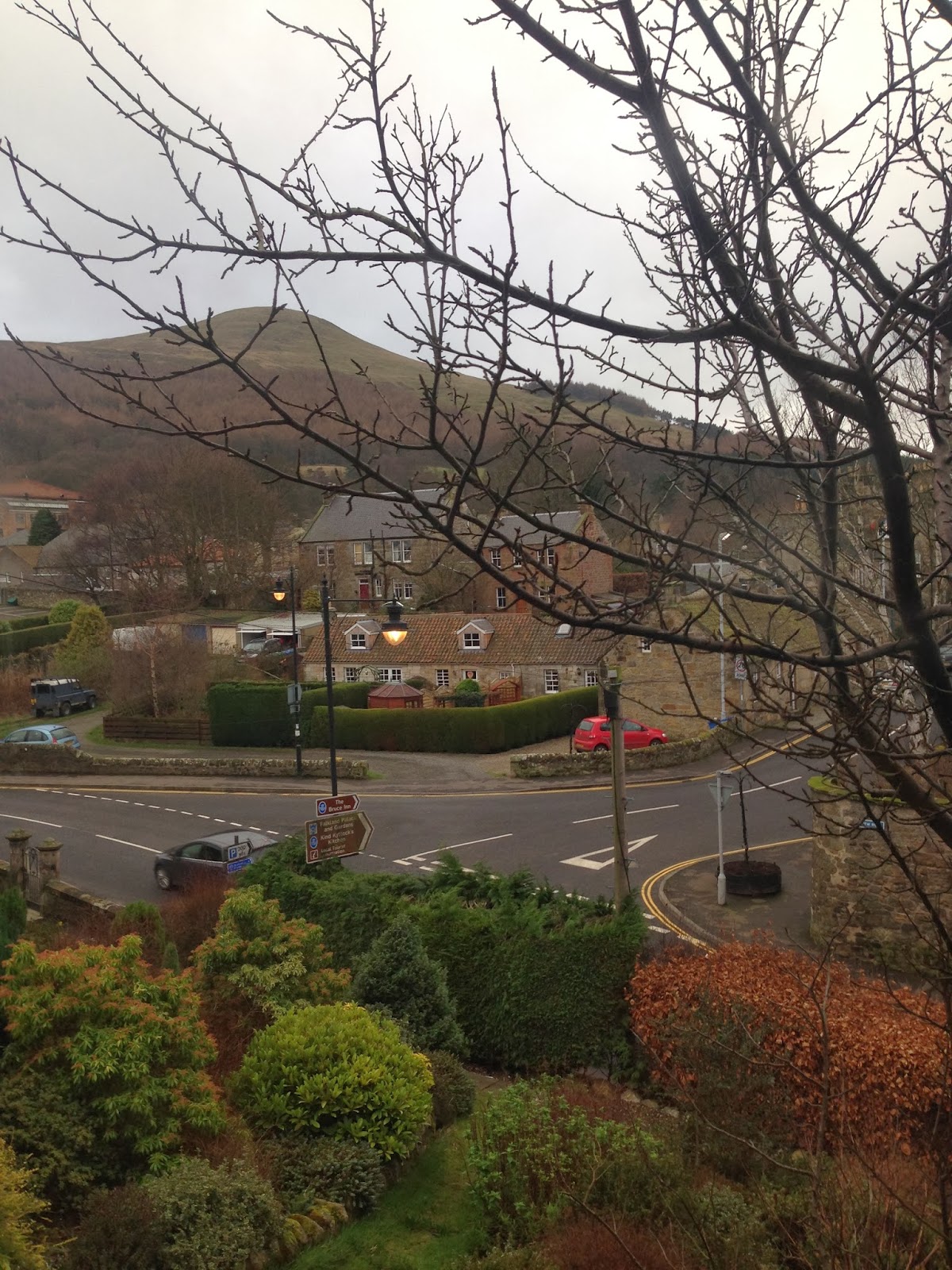 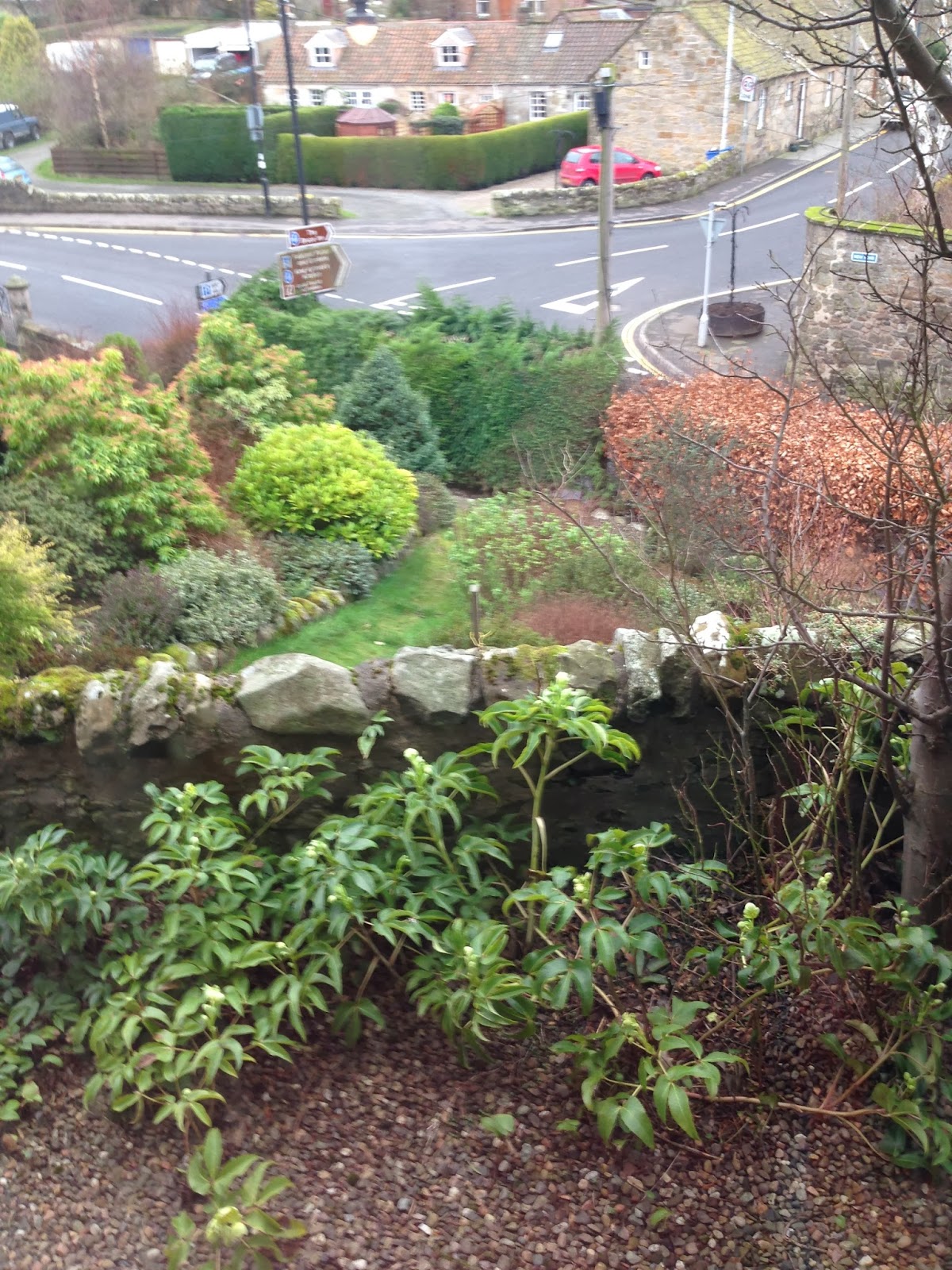 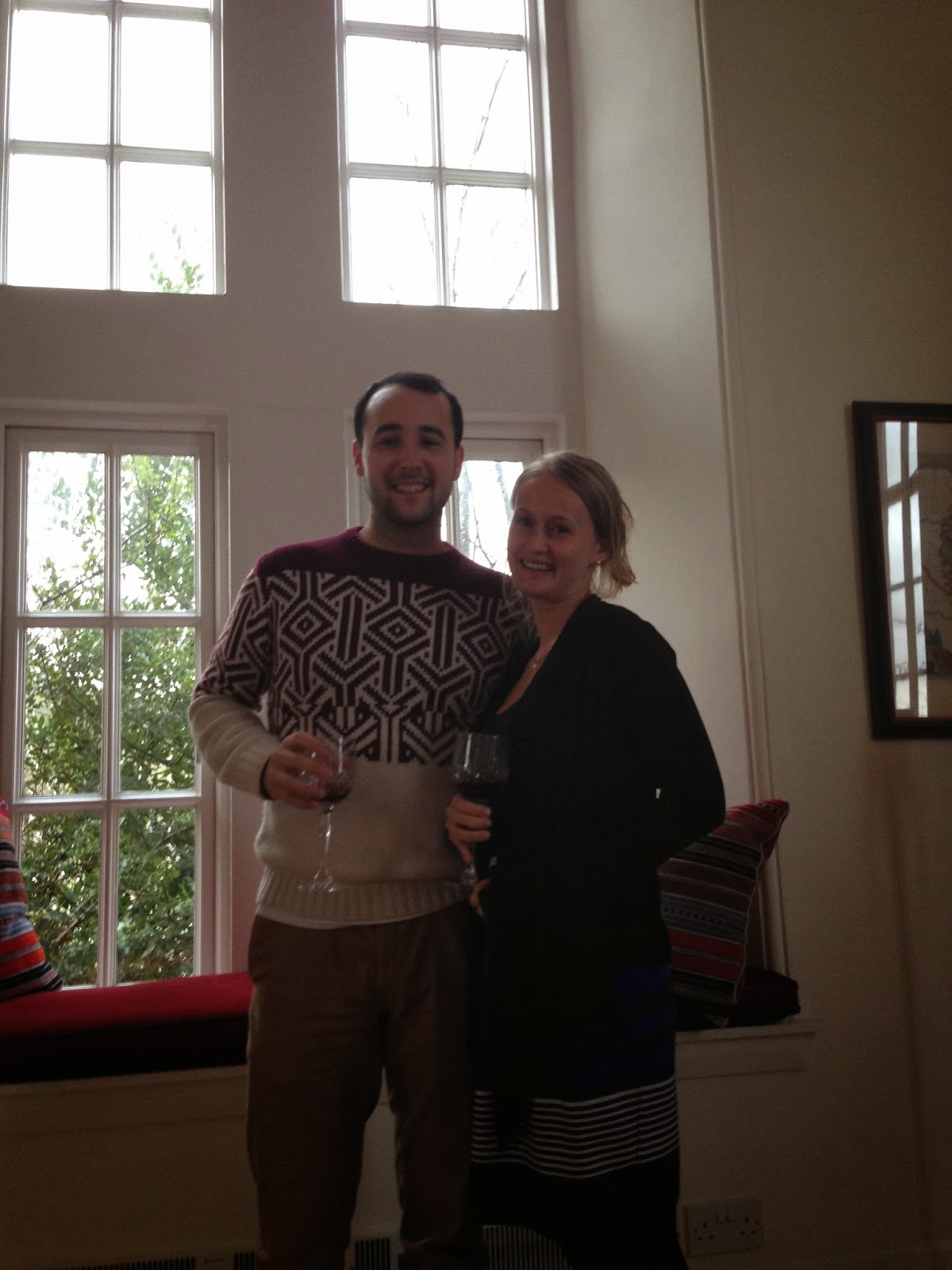 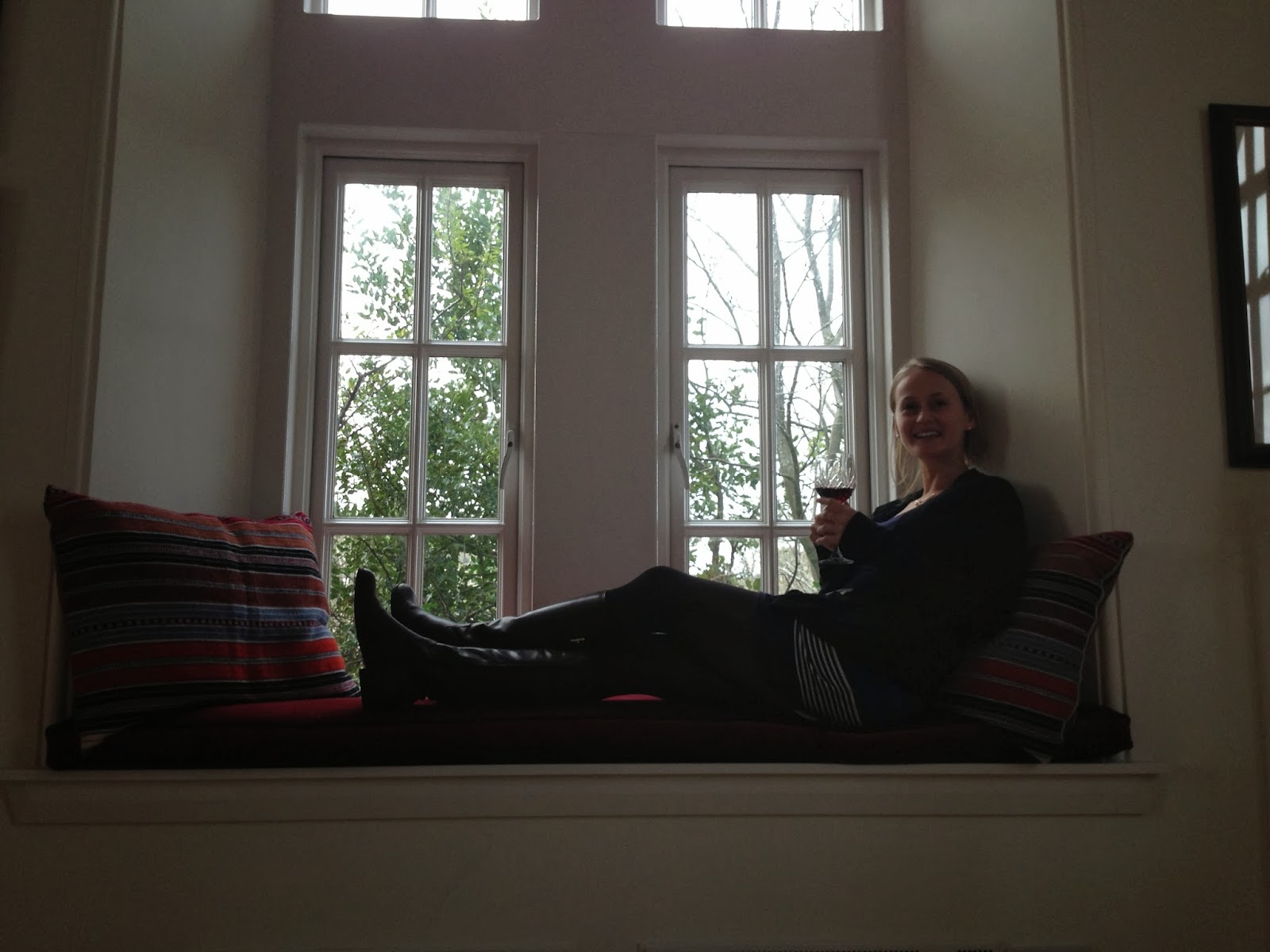 Posted by Becca Farnum at 7:34 PM No comments: