I have spent the last several days at the 7th Biennial Conference of the National Association of Fellowship Advisors. These are the folks who advise students applying for major awards like the Marshall, Udall, Rhodes, Gates Cambridge, Mitchell, Fulbright, etc.
The partner universities of the Marshall Scholarship program are invited to NAFA; this year, the University of East Anglia sent me and Kurt Berning (our current Fulbright Scholar at UEA) with a proposal for the conference. We came to discuss high-profile scholars at lesser-known universities – the “Noxbridges”, as Kurt dubbed them.
We are the only current Scholars here, though a good number of the advisors are former Scholars. Students generally don’t attend, so we’ve had some interesting conversations (and been assumed to be young advisors fairly often). More than anything, though, it has been a lot of fun seeing this side of the process I went through. Applying for major scholarships is a really life-changing process in and of itself, completely independent of actually winning or not the awards. The (generally multiple) personal statements “force” really busy students to take a breath and think about why they’re doing what they’re doing. The process is a chance to reflect on goals and aspirations and how your life comes together – why working in the soup kitchen, “Lord of the Rings”, and water security are related and all form a part of you and why you’re the professional you are. I’m a big advocate for these, so it’s been really great to see, engage, and hopefully encourage this.

Posted by Becca Farnum at 12:44 PM No comments:

Traveling with the Office

UEA's International Office is sending me to Atlanta to speak at the National Association of Fellowships Advisors' Conference.
Traveling with the office means:
-A taxi from Norwich to Heathrow. (Seriously. Who takes a taxi? But this does involve considerably less luggage hauling, so I can hardly complain.)
-My flight is paid for. (America! For free! How...free!)
-I have a hotel room to myself.

I truly am feeling spoiled beyond reason. Honestly, people.
Posted by Becca Farnum at 8:45 PM 1 comment:

In case you missed the "Bubbles in the Garden" album on Facebook:

Iorwerth was gifted some fun bubble tools by Garrett, a Marshall Scholar who used them in his final performance for his MA in Theatre degree.

We seemed to enjoy them. 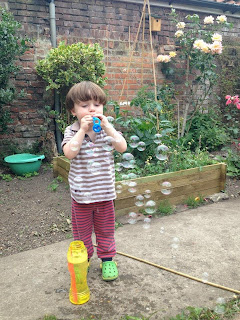 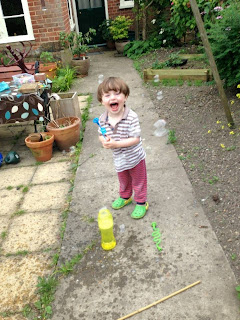 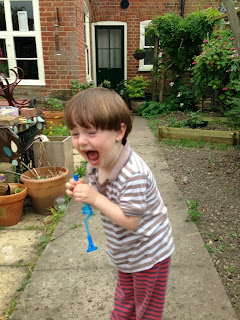 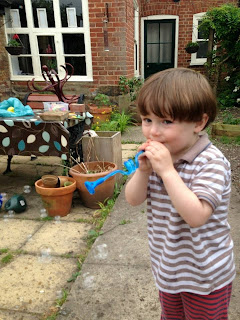 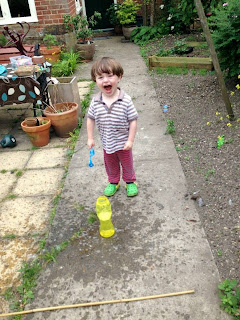 Posted by Becca Farnum at 9:44 AM No comments:

Audrey and I went to see Joss Whedon's adaptation of Shakespeare's always delightful "Much Ado About Nothing".

It was fun. It was primarily fun because it was basically a family reunion. Joss brought a bunch of folks he liked who have worked with him before to his country estate for like 11 days and shot.
The cinematography was gorgeous - the masque ball, in particular, was really pretty.
And everyone did a decent job. But there is definitely a difference between mainstream, modern film acting and Shakespearean acting. Majorly different skillsets. Not all of them have both (sorry, dears; no offence). Perfectly enjoyable, nonetheless. Though it was *really* weird to see Sean as a bad guy. Major synapse confusion going on. Haha.
Anywho, well worth an afternoon, but not likely to fulfil a craving for proper Shakespeare.
Posted by Becca Farnum at 12:46 PM No comments:

It's happening; it's really happening!

Becca's move to Edinburgh in September is well underway...today, I signed my lease for a gorgeous flat in New Town. I'll be living on my own with a full flat - mostly so I have lots of freedom to host guests. So come see me!

My landlord is Tinsley Lockhart, who studied at Edinburgh's School of Law as an American Rotary Scholar. I'm incredibly excited...but definitely need to stop dreaming about the Edinburgh flat and finish up thesis, etc. here. ;) 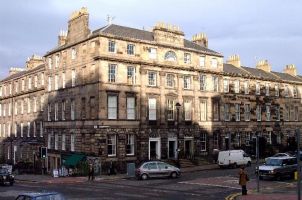 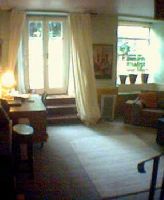 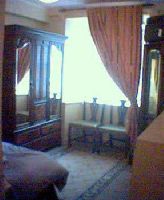 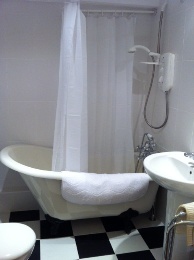 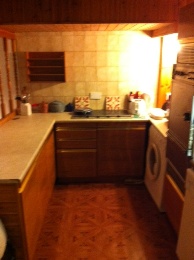 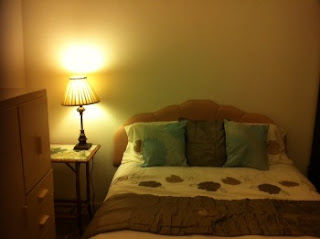 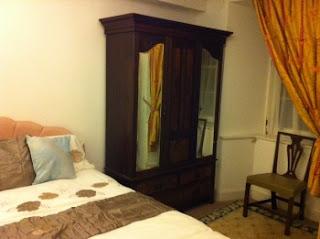 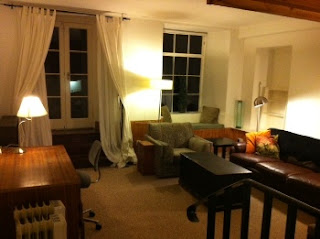 You may remember that I was privileged to serve as a delegate to AMENDS in April - see this blog post if you don't.
The videos of all the delegates' talks are now online - check out AMENDS' YouTube Channel!

Becca's is available here.
Posted by Becca Farnum at 2:41 PM No comments:

For the first time in far too long, Becca went running again!
And it felt delightful.
Also in the wonderful world of Becca: contact lenses! It's been about a month of glasses wearing since my supply ran out. It was fun figuring out how to do eye exams and ordering in the UK, but it has been accomplished, and I am once again able to see immediately when I wake up in the morning!!
Posted by Becca Farnum at 1:05 PM 1 comment:

I often tell my environmentalist friends that we need to create a movement that allows people to be involved without being diehard about the issue. Not everyone is a treehugger. Climate change and/or the environment is not going to be everyone's number one priority. Nor should it be - there are many issues in our world, all of which need to be tackled, and most of which are interconnected.
So I believe in an environmentalist movement that talks to tree "high fivers"...which I think describes most of us.
All that being said...I may occasionally attempt a treehugger conversion. ;) 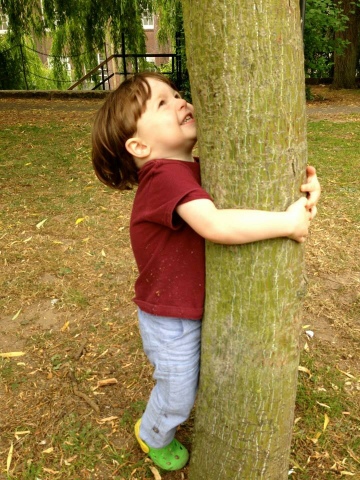 Posted by Becca Farnum at 7:25 PM No comments:

A Marshall mate and I just had a lovely evening out. His birthday is 8 July, so we did a double header...saw "The Bodyguard" on stage (which was quite good, and sufficiently different than the movie to make it interesting), and went to a lovely dinner after. Garrett sang in the restaurant to me...here come the blushes and the restaurant hushing to listen to the talent perform.
This followed a lovely day volunteering at the Octagon Chapel's Summer Fair and hearing a sextet of ukuleles - it's been quite the day!
And now, to sleep!
Posted by Becca Farnum at 1:16 AM No comments:

The Fourth of July

Good morning, America!
It's 8:15am in Jolly ol' England. Becca is walking to work and contemplating 'Murica.
The last several Fourths of July have been a bit strange...I was in Egypt, then Israel, then working at The White House, and now England.
The Fourth has always been an interesting holiday for me, given its proximity to my birthday. I celebrated more and less than the average American, given that I did a lot of things, but most of then were in the name of my birthday. Haha.
In Egypt and Israel, the Fourth fell on days off. Today, I'm heading to a full day of work. The ex-pat community in Norwich is having a barbecue, as are the Marshall Scholars in London. I'll be giving the holiday a nod in "Ramblings", discussing patriotism and nationalism in the next few days.
And tonight, I may just pull out "1776" and sing the making of the Declaration. (Nope, I lied - "Ragtime" it is. Which you should read and listen to if you don't know. Really good, and a powerful call to action against racism and classism.)
Anyways, wherever you are and whatever your feelings are concerning America, I hope you have a grand day filled with love and laughter. And spare a thought for the people in Egypt, Syria, and many, many other places around the world - including America - working today to try and create better and more just countries.
Posted by Becca Farnum at 8:20 AM No comments:

Anne-Marie and Iorwerth are gallivanting about the country without me, so I get some time off.
Ha.
Just kidding.
Monday: Skype Meeting re: Water & Enterprise Programme; Lengthy Meeting re: Hydro Cycle; Reviewing some Personal Statements for MSU Applicants to Major Scholarships and Fellowships
Tuesday: All Day Visit to Sheringham for their Primary School's Intercultural Festival
Wednesday: Babysitting, just not Iorwerth
Thursday: Full Day in the Office preparing for our Conference Presentation
Friday: Another Major Hydro Cycle Meeting
Saturday: Summer Fun Fair at the Octagon Chapel. I'm working the Cake Booth!
I'm also giving some love (and food) to Iorwerth's kitty brother while they're out of town.
And yes, Kendall, I'll work on my thesis a bit too. ;)
Posted by Becca Farnum at 8:19 AM No comments: