It's really not very diplomatic at all. ;)

However, it is about diplomacy!

The newest series of "Ramblings" dives into a wee bit of diplomatic theory, considering one possible framework for my environmental peacebuilding research.

The mini-series kicks off with an overview of Diplomacy. Episodes about Track 1 (official negotiations) and Track 2 (civil society leader networks) Diplomacy are now up as well!
Posted by Becca Farnum at 7:17 AM No comments:

Lucky Marshall Scholar Alex got to meet Iorwerth this weekend, coming into Norwich for a mini-retreat. He was supposed to come teach at Holt Hall with me - which is what I'm doing all week - but we had a student group cancellation and suddenly didn't need him for early in the week. Since some rail tickets were already purchased, we went ahead and came in anyway for the weekend.
Iorwerth dragged him around the Castle and Cathedral and library: 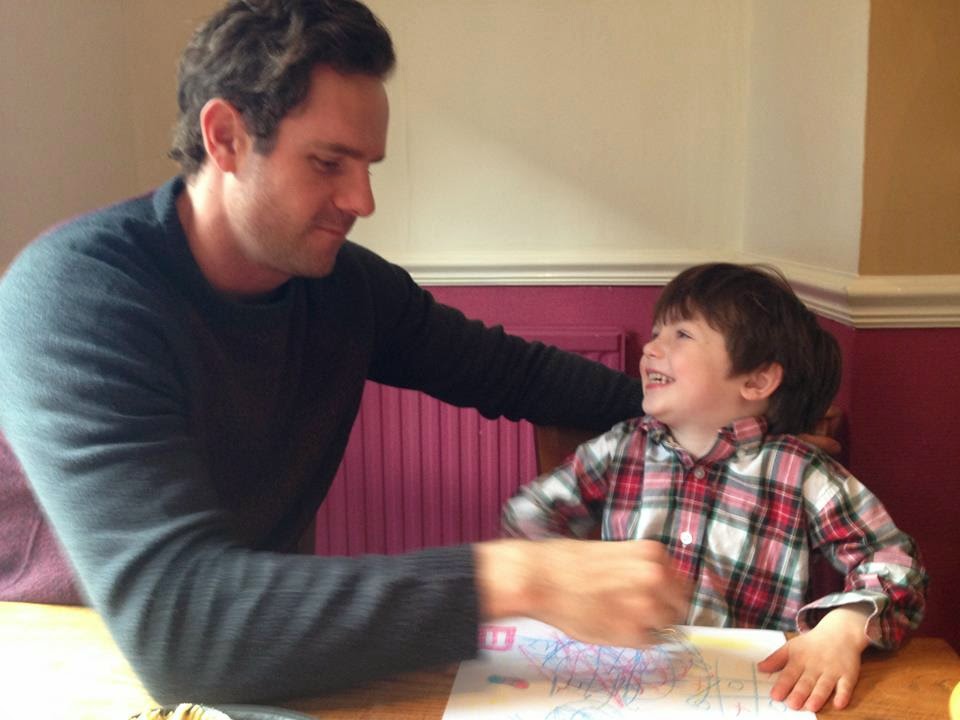 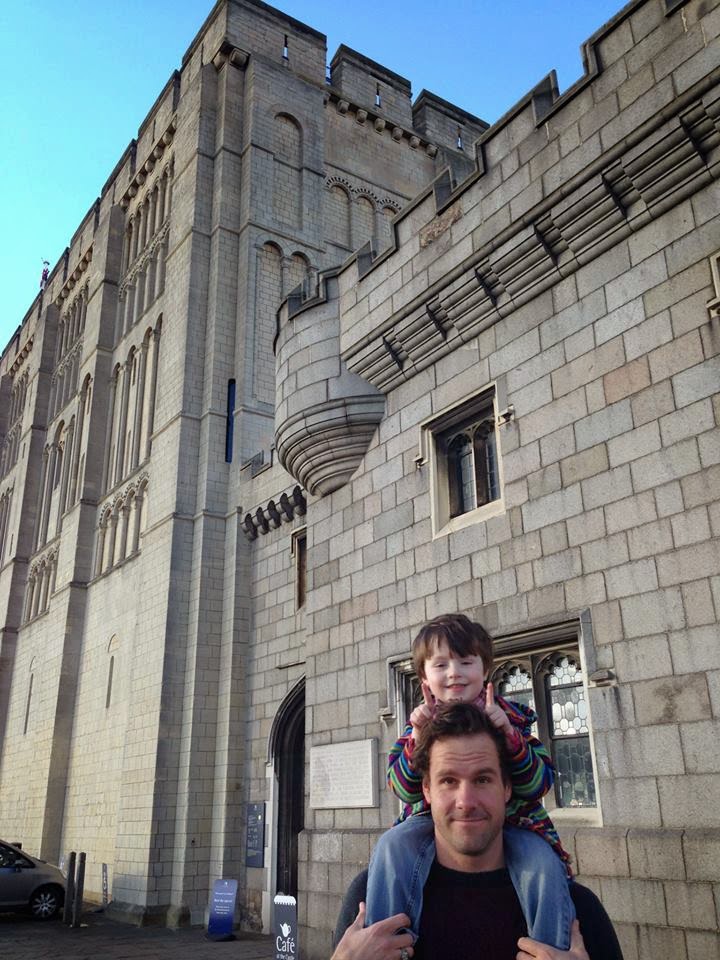 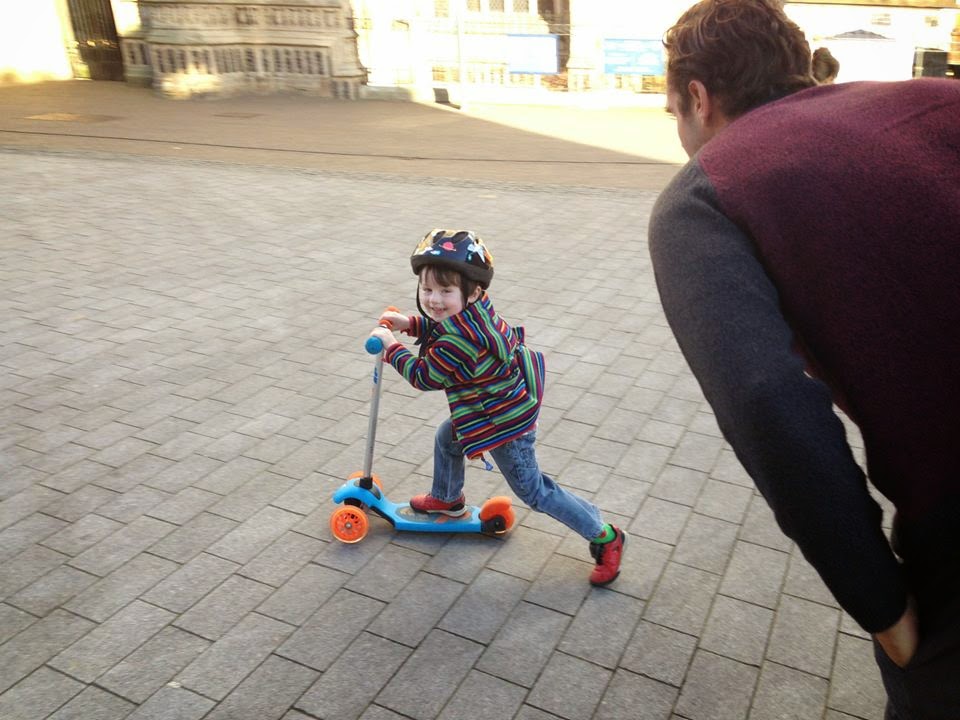 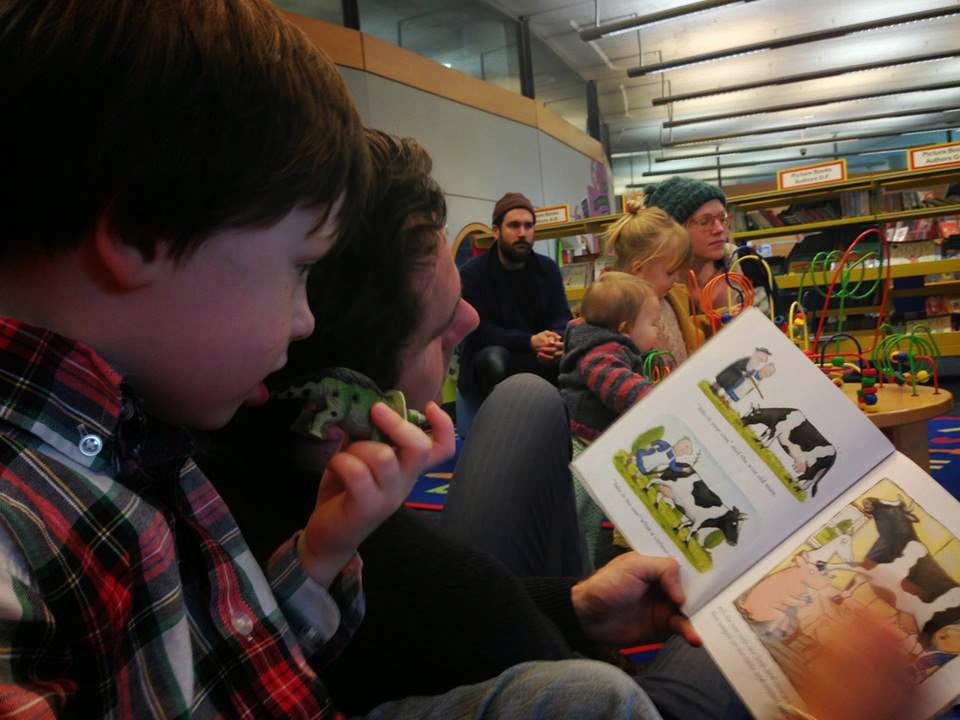 You can now read more about (and see pictures!) of my weekend with the Kuwait Dive Team at the London International Dive Show on the WaterWords Blog of King's Water: http://blogs.kcl.ac.uk/water/2015/02/20/phd-student-becca-farnum-at-the-london-international-dive-show/.
Posted by Becca Farnum at 12:12 PM No comments:

I'm going to class today!!
It happens rather rarely, but I do have the opportunity to take courses through King's' Doctoral Training Centre. Today and Thursday, I'm spending several hours in a training session on textual analysis, looking at critical methodologies for evaluating the how and what of statements and authors' work. The hope/intention is that this will be helpful in working through some of the political discourse around environmental Peacebuilding for my PhD (see, I really am doing at least some doctoral work in the midst of all the other fun exploits!!).
Posted by Becca Farnum at 9:47 AM No comments:

In this season of Hallmark Holiday...know that you are loved!!
I myself am spending a very romantic weekend (sarcasm, that was sarcasm) at the London International Dive Show with the Kuwait Dive Team. I'll be speaking Saturday about the Team's exploits. Both afternoons, the Head of the Mobile Beach Cleanup and I will be leading the Net Rescue Game we do with students as part of a Youth Zone. Full day both Saturday and Sunday we'll staff a booth with resources about the Team.
It will not be a particularly romantic Valentine's, but it certainly should be a ton of fun.
Time to go pretend I'm actually a diver! ;)
Posted by Becca Farnum at 10:38 AM No comments:

I mentioned about a week ago that I was exploring a job with the department...that's now done and dusted, and I'm working as a Water Aid to the KCL Geography Department. Initially, this means meetings galore...I'm working to develop a report on the activities of King's Water faculty and students from the 2013-14 year. Which means sititng down with academics and trying to get them to remember what they did last year. ;)
I've been in and out of King's all day on various coffee catch-ups. It's already serving as a great excuse to force me to be around a bit more and meet face-to-face all the various names I've had floating around in my head as "water people" at the university.
I've one more meeting this afternoon and then a lecture - with a former faculty member from the University of East Anglia, who's now across the street at LSE. It'll be good to catch up with him! In "it's a small world", the other major thing I'm working on at the moment is a round of Bright Futures residentials at Holt Hall for the end of February...and Declan spoke at the first project I ever did with Norfolk County Council. This is all starting to feel quite wrapped up in itself - I swear there are more than 3 people and organisations in Britain!

The Marshall Scholars have a disproportionate number of birthdays at the end of January and beginning of February. We really should do a study on this; it's crazy - if only in terms of the number of birthday dinners, breakfasts, drinks, bunches, etc. I've been rotating between.

Last night we had back-to-back celebrations, with dinner at a great Bombay restaurant and then drinks and dancing. One of the birthday girls got a "Secretarial Sandwich", with the 2012 and 2013 Marshall Class Secretaries giving with some birthday love: 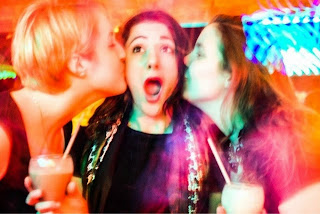 The birthdays are coming to a more regular stream now, which means I may well be able to get back to some work!

Posted by Becca Farnum at 1:55 PM No comments:

Does the Telly Lie?

Several people have asked about the course I am teaching for The Brilliant Club called "Does the Telly Lie? Media and the Middle East".

Here you go!  Today's episode of "Ramblings" is for you.

Today was the Annual Lecture for the Environment, Politics, and Development Research Group at King's College London. Erik Swyngedouw came from the University of Manchester to speak on ‘Liquid Power: Contested Hydro-Modernities in Twentieth-Century Spain’.
Given the content, the lecture was held in conjunction with the London Water Research Group - which means I had fun helping pour wine for the after reception and live tweeted from the @LondonWaterRG Twitter handle during the event.
I helped revamp the LWRG Website a few weeks ago and have been attempting to keep our social media decently updated since. I've got a meeting tomorrow to discuss taking on a job in the Geography Department to help better publicise our water work - so hopefully things will continue to be updated reasonably. Chatting with some folks after the lecture, it became quite obvious I am not around the department very often...I know a sadly limited number of other students and faculty. Hopefully this will bully me into getting to know more of them properly. They're going to make an actual geographer out of me yet. ;)
Posted by Becca Farnum at 8:14 PM No comments:

I have long been an advocate of medium-sized British cities - but I still have quite a few to visit!

I got to cross Manchester off the bucket list this week, thanks to a Marshall mate's birthday. It's fairly usual to have multiple Scholars at places like LSE, Oxford, and Cambridge - but this year, we happen to have two Scholars both in Development Studies programmes at the University of Manchester. Russ turned 25 on Friday, and his request was that people come visit Manchester instead of his coming into London to celebrate. So a handful of us made the (easy, two-hour, one-train) trek. We've been frolicking about the city, exploring North-South politics and history, and having a grilled cheese competition. 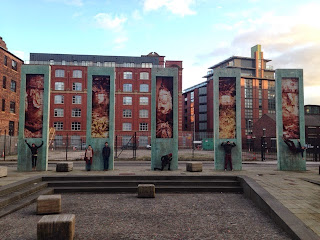 All happy on this front! But now, heaven help me, it's February...time for the semester to get going in earnest!!

Posted by Becca Farnum at 1:20 AM No comments: