I recently had the opportunity to co-author a brief piece on artificial photosynthesis and socio-environmental sustainability for the Cambridge University Science and Policy Exchange (CUSPE). My co-author, Christina Chang, is also a 2012 EPA Marshall Scholar. Christina works on artificial photosynthesis technologies in her lab. Hear more from Christina via her TEDx Talk: https://www.youtube.com/watch?v=rXZOzME2MwM. Read our piece by downloading the Spring 2014 CUSPE Communications: http://www.cuspe.org/communications-spring-2014/ (the PDF is open access, but they ask you to fill out a quick name/email/affiliation so they know who's involved in the discussion!).

One of these days, I'll ramble about artificial photosynthesis...but I've currently got a series lined up...
Posted by Becca Farnum at 4:27 PM No comments:

The City of Edinburgh Methodist Church is celebrating the opening of its renovated city centre building with a big hospitality weekend. We've events going on all weekend, including musical performances from the Zimbabwean Fellowship, Breakout Kids' Club, and Sunday Morning Choir (including me). I'm off to sing delights including "The Hallelujah Chorus" and "Ev'ry Time I Feel the Spirit" just after our ribbon cutting.
There are also a few other happenings around town this weekend...including the Edinburgh Marathon. I've got a Marshall running the half who is staying with me. The start is tomorrow at 8am...we'll see how they do! (And how impossible it is to traverse my city tomorrow!)
Posted by Becca Farnum at 10:50 AM No comments:

After a relaxed and suddenly longer-than-expected weekend, I am back once again in London.
I had a quiet Saturday planned; Sunday included singing at church and a picnic in the Scottish Royal Botanical Gardens with the crew. Weather did us proud, as did the Gardens.
And then came Monday. When suddenly there was what seemed like pinkeye. So I didn't go into work Monday or Tuesday. Had some Skype meetings and managed to get a good amount done from home - including my stuff but also paid work from my office my boss was kind enough to let me just do from home so we weren't trying to make up days elsewhere. Got some drops and cleared it up - I don't think it was full-blown pinkeye, but it was certainly threatening something fairly extreme there for a while.
Happily, my eye was clear this morning, and so here I am on the Tube heading to a meeting about a co-authored article on the participatory processes of environmental impact assessments, a mentoring session with a Michigan State student applying for Marshall and Rhodes, and Garrett's end-of-year student musical "The Baker's Wife".
Just a quickie trip - I'm heading back tomorrow morning for a guest lecture I'm hosting with an Edinburgh law alumnus on digital privacy, choir practice, and then weekend hosting of Edinburgh Marathon runners!
Posted by Becca Farnum at 2:55 PM No comments:

I had quite the weekend!
I trained into London on Thursday for the Marshall 60th Anniversary. That afternoon, we held a Colloquium highlighting some of the departing Scholars' research at the Association of Commonwealth Universities. It was grand fun to hear about the work of some of my mates - I knew what some of them were up to, but not all, and it was great to get a bit more detail!
That night, we held our annual Leavers' Dinner, complete with speeches from a Scholar returning to the States at the end of this year, the US Ambassador to the UK, and the UK Minister for Universities and Science. That kind of setup is fairly regular - but since it's our 60th Anniversary, we also had a celebratory Reception beforehand with HRH the Prince of Wales (Charles) in attendance. I explained environmental peacebuilding to him; he told me "Well, you've your work cut out for you". 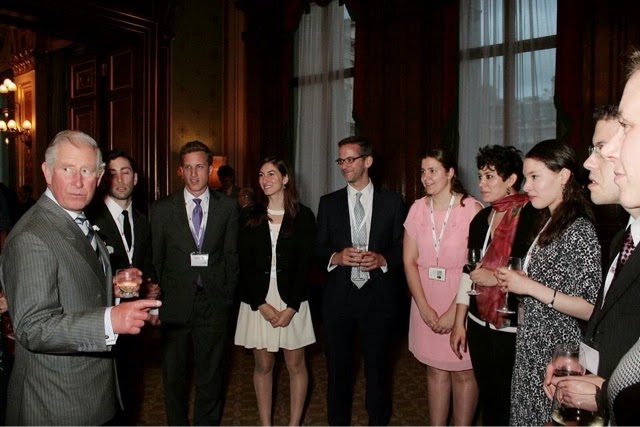 Then the weekend got more intense - the conference on hydropolitics and counter-hegemony I've been working on for months kicked off with a side event on corporate water Friday afternoon. Saturday and Sunday, we hosted around 100 people at UEA London to discuss the ways water is used and abused in power and politics around the world. Lots of rich discussion going on, and some really fun people met. Post conference, I'll be writing up Proceedings with more details about what all happened. I also have a lot of material for "Ramblings" - which is good, because I've been slacking on it!
The weekend was a bit of a family reunion for UEA students: Charlie flew over from the US for it, and several of last years' coursemates and faculty were there. It was really great to see everyone and catch up. 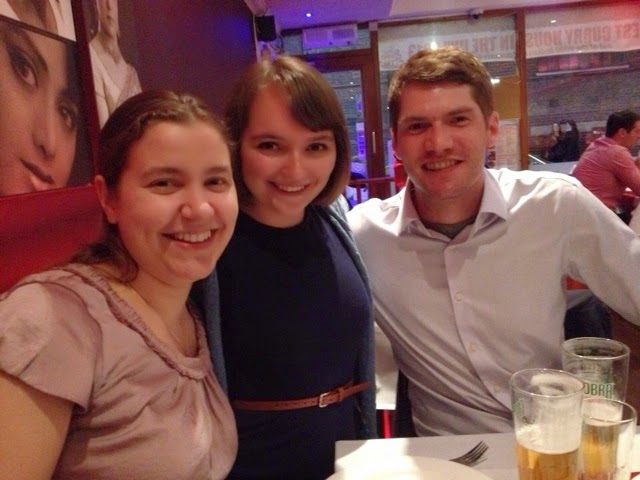 I'm now in London touring around some friends from the States through Wednesday night. Then it's back to Edinburgh and back to a "normal" schedule, if such a thing exists.
Posted by Becca Farnum at 2:32 PM No comments:

I'm on my way to the airport to pick up an old mate from church youth council work and her best friend from uni. They're doing Edinburgh, London, and Paris in the next two weeks or so as a treat - and I'm lucky enough to be stop number one!
And thus begins the revolving door of summer visitors. ;) The Rooms of Requirement are quite booked through 1 September!
Posted by Becca Farnum at 8:54 AM 1 comment:

And then Revenge of the Fifth.

Becca misses geeks. The problem with European lawyers is that not a great many of them are particular geeky, in the right way. It's been rough. I didn't really realise just how much I was lacking the total nerd-outs until it happened via Facebook over "May the Fourth Be with You". And oi.

Posted by Becca Farnum at 8:56 AM No comments:

I went to a salon for the first time in...a really long time, if not forever. For the past several years, I've been just having a mate chop off a few dead ends and/or maybe going in for a $10 haircut once every 18 months or something.
But our staff and student discounts in Edinburgh got highlighted, and a friend here went in...so there I went.
A real salon, because:
This is probably all run of the mill for many of you. But it was a grand experiment in girliness for Becca.

And now my hair is all healthy-ish. 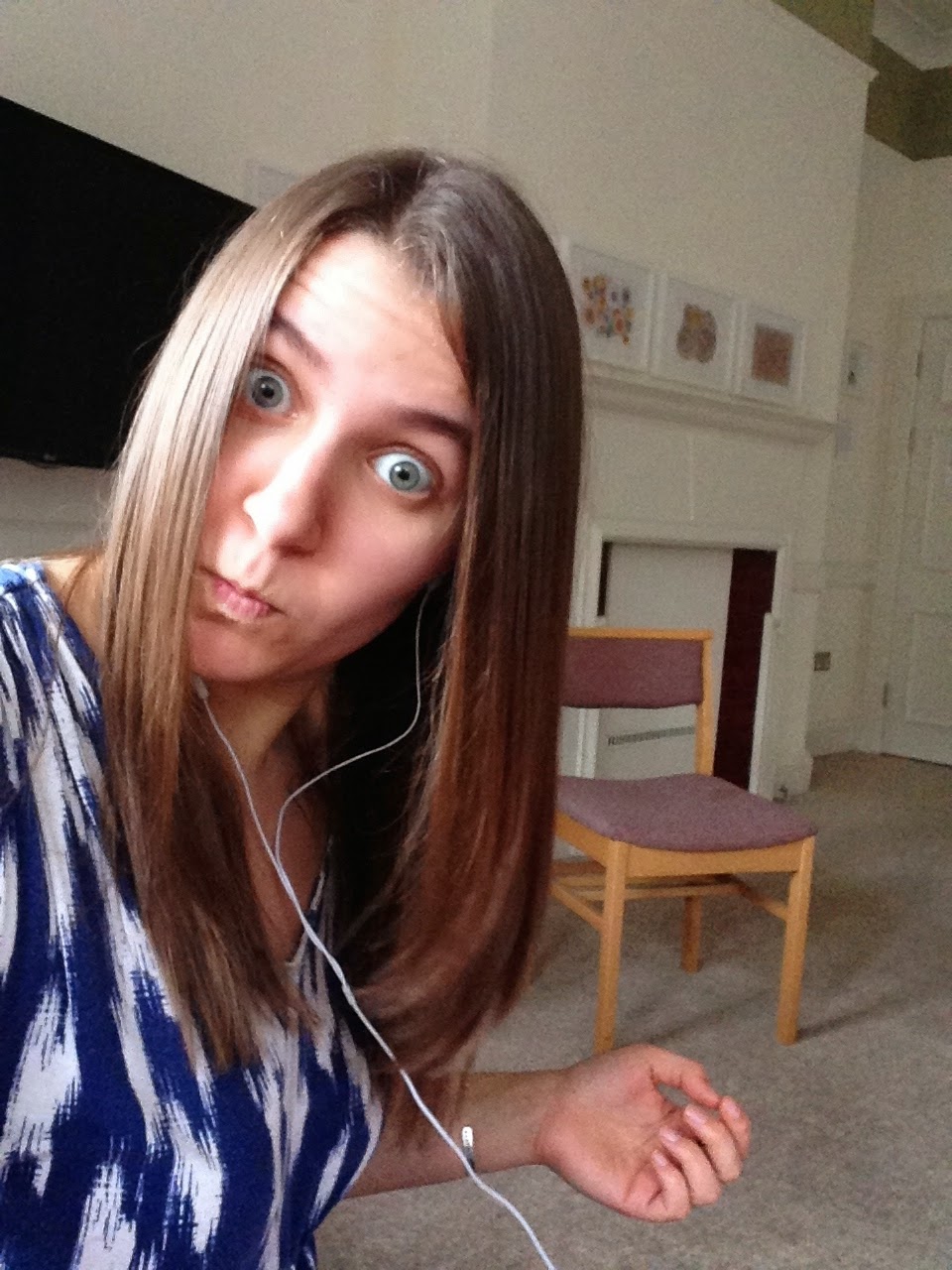