The Boys are Back in Town

I am a Becca with her boys.

After a month of holiday, Rafael is back in London. We had a joyful reunion this week, which in the first ten minutes included a song-and-dance routine to "Good Mornin'" from Singing in the Rain; quite fitting, given this week's weather. He seemed to like it! 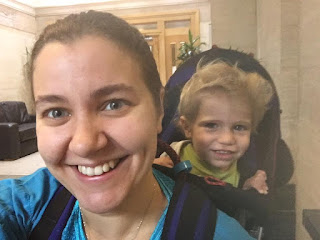 Also this week came a Bram. Middle son of the Dutches - my parents' best friends and origin of my name. Becky and Ken lived in Cambridge for a year while she was a Churchill Scholar, just a couple years ago. Now Bram is doing his master's in computer science there, which means I get to continue torturing him as I have since he was a child. 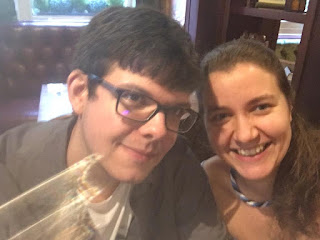 Naturally, I decided that Bram and Rafael should meet. We went on a boat. Rafael was rather amused by the very tall man who wasn't quite sure how best to hold him. They must have got on, though, because Rafael offered Bram some of his banana, and then slept in his arms in a Greenwich pub. 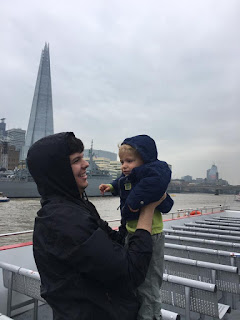 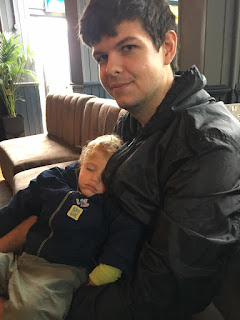 And so a new academic year starts, with my boys in easy reach. :)
Posted by Becca Farnum at 9:00 PM