Every year, the Marshall Scholars take a weekend retreat in the low Scottish Highlands. After a truly gorgeous 6.5-hour-train ride through northern England, Edinburgh, and the Forth of Fife (including views of the world's best bridge), we end up at this beautiful country estate, where we proceed to enjoy ourselves pretending to be the British aristocracy at a house party for several days.

This year's delights included swimming in the North Sea (the weather was warm enough that I wasn't the only one to go in!), hiking the cliffs between a fishing village and Dunnotar Castle, and a staged murder mystery roleplay. (I am happy to report that I was neither murderer nor murderee.)

This year was especially fun since Hamza, my best friend from Jordan, was still in the country after the AMENDS Conference - as was his mother, since he's just had his graduation ceremony from the University of Manchester. So we brought along Jordanian mama, the educational entrepreneur, and a handful of miscellaneous international mates to join the American postgraduates in Scotland. It was quite the intercultural hoot, to say the least. 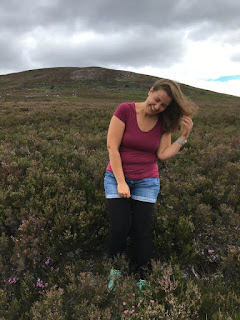 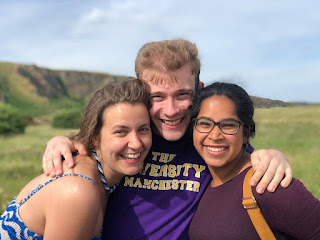 A grand time was had by all. And now...back to real life.
Posted by Becca Farnum at 4:41 PM