Hannah has now seen no fewer than three full-length productions of Shakespeare on her trip to London.
The first was Macbeth as performed at The Globe Theatre, a replica of Shakespeare's Globe on London's Southbank. The theatre is one of the only buildings in the city allowed a thatched roof after the Great Fire.
Hannah and her parents pre-booked tickets to stand in the Yard. Just £5 to stand up amongst a crowd and watch three hours of tragedy unfold before you...what a deal! It is actually quite fun, as the actors come in and out around you. Surrounding the circular Yard are seated boxes, so you get to pretend you're a 16th century peasant surrounded by lords and ladies.
After thoroughly enjoying the same theatre's modern adaptation of "A Midsummer Night's Dream" featuring a gay Helenus rather than simpering female Helena, I recommended Hannah and her brother try to find tickets. The show was generally sold out, but they went and queued for any return tickets and managed to score a couple.
And then there is the Garrick, one of the West End's more intimate theatres and now home to Kenneth Branagh's troupe. They are currently doing "Romeo and Juliet". Not my favourite. To say the least. But Richard Madden, famous for portraying Rob Stark on "Game of Thrones" and playing Kit in the recent live-action "Cinderella", is Romeo. Or, well. Richard Madden is supposed to be Romeo. Turns out he hurt his foot rather dramatically the night they were filming the show. And he's off.
So I had this lovely present for Hannah, a private box to see one of her favourites. And alas, there he wasn't.
Little known fact: "O Romeo, Romeo! wherefore art thou Romeo?" actually means "why are you a Montague?", not "where are you?"
Despite the misuse of the quote, it felt rather relevant. And the tragedy of the play took on a different tone as we watched the non-appearance of Richard Madden.
However - Shakespeare done really well is Shakespeare done really well. And Hannah had an excuse for a nice dress. So not all bad. 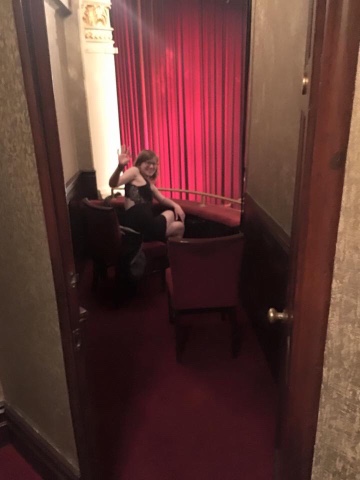 And now she can go back to the US feeling rather excessively cultured. 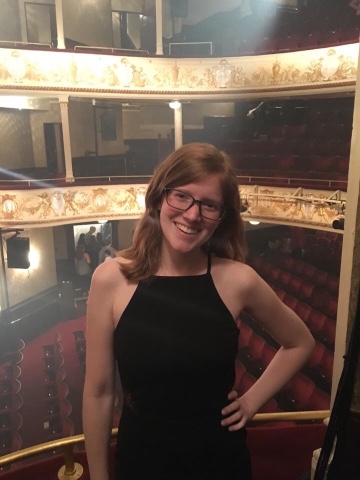