The National Union of Teachers had strike action yesterday. The school I've been teaching in, as well as Iorwerth's primary campus, were shut down as a result.

No school, you say? Central London fun, says I!

As a result, the two men in my life have now met. After a great deal of curiosity from Iorwerth about this baby Rafael person I've been seeing behind his back, Maestro met Rif Raf yesterday. A great deal of love was the result. 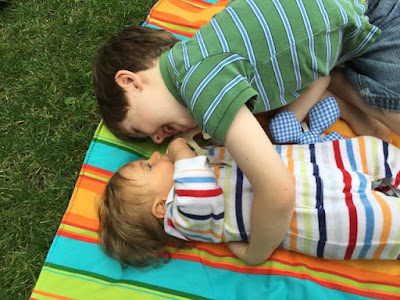 After picking up Rif, we played in Jubilee Park for quite a while - attracting many other young gentlemen to our Legos. 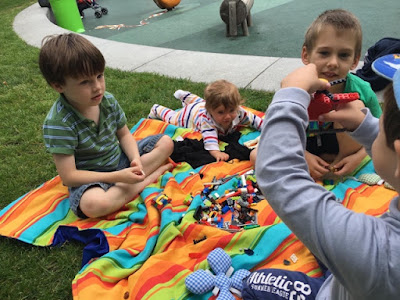 We then rode the carousel. Iorwerth found a horse with his last name on it! 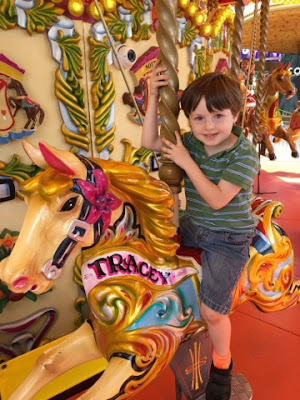 We also brought our best mate with us, since his parents were also both working. After a picnic lunch at Somerset House all together, we took a boat cruise. A first for both five-year-olds! I'm calling this pic from the ship "Under Construction". You can decide if I'm referring to the crane or the kids. ;) 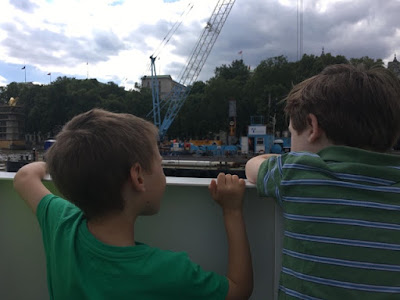 And then we rounded out the day with a couple great books, read by Rafael's dad, who is a children's literacy professional. 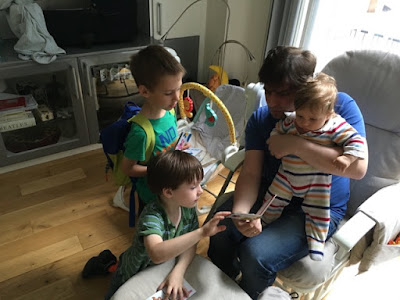