The Marshall trip to Scotland was a grand time. I have four folks staying in my flat tonight and one staying over to Friday.
We visited government ministers, the Commonwealth Game crew, independence campaigners, and several museums. By far the most picturesque moment of the crew, though, was our céilidh. A céilidh is a Gaelic social gathering, generally focused on music and dancing. It's the Scottish version of square dancing, one might say - lots of group dances, local bands with folk instruments, and partner changes.
We had quite the rollicking time! 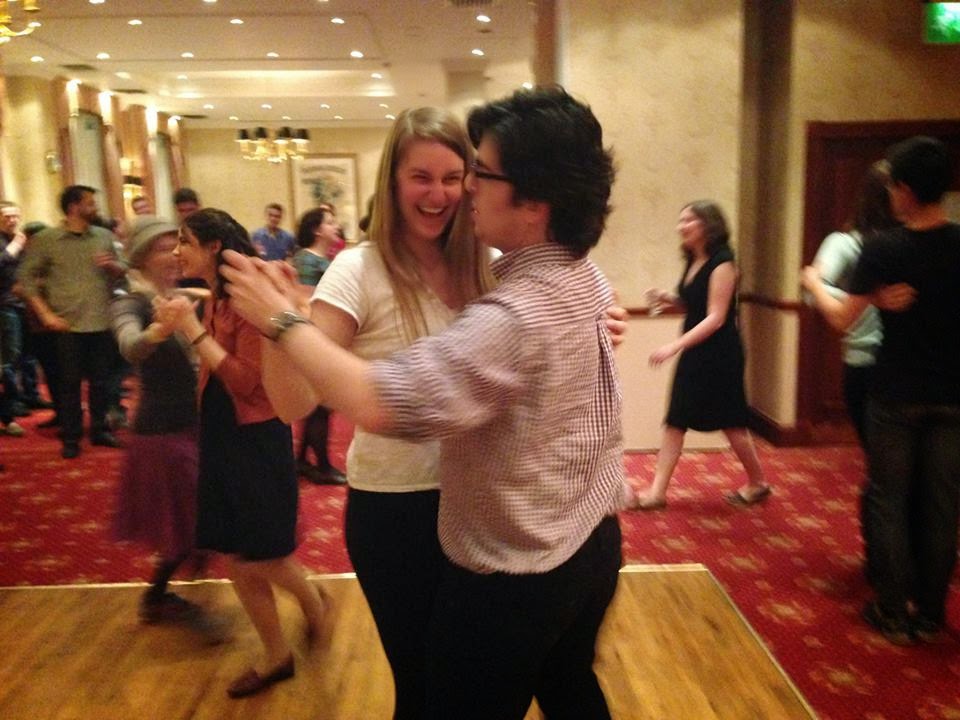 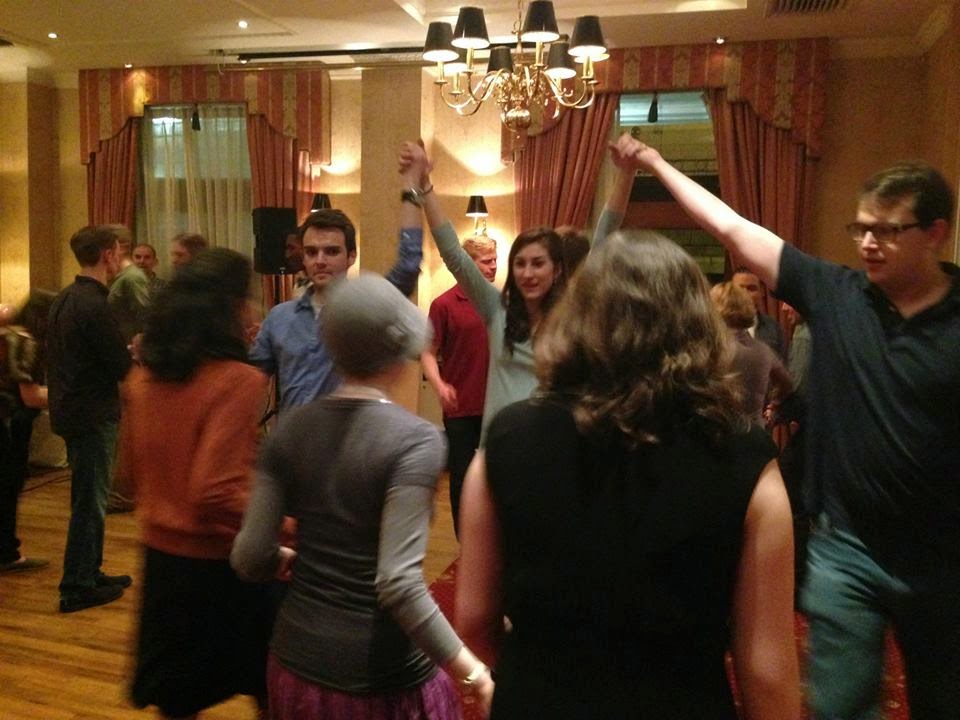 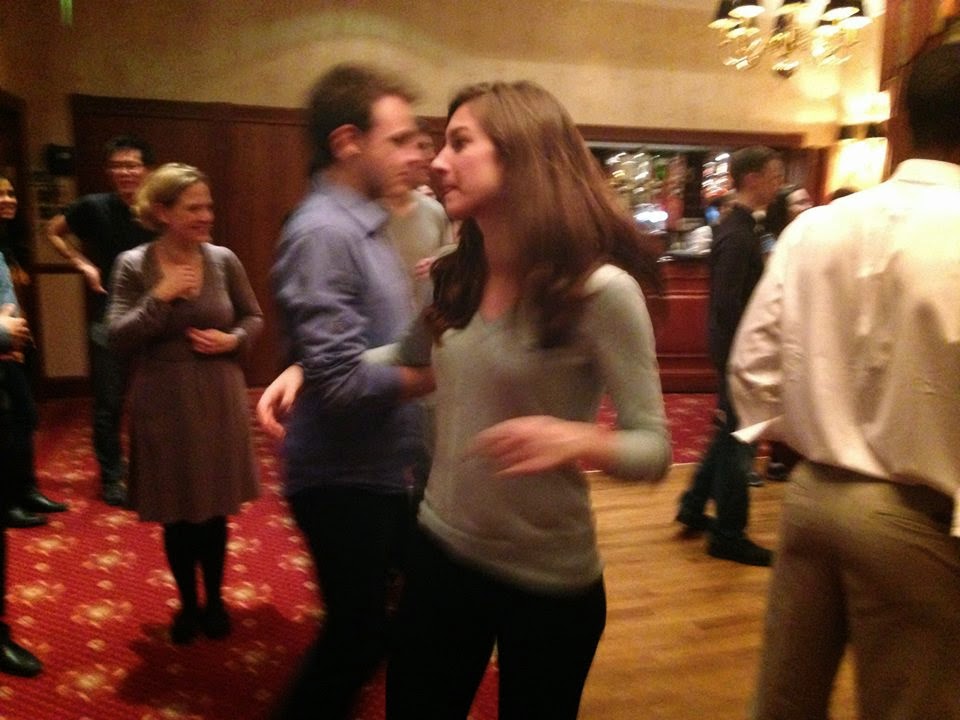 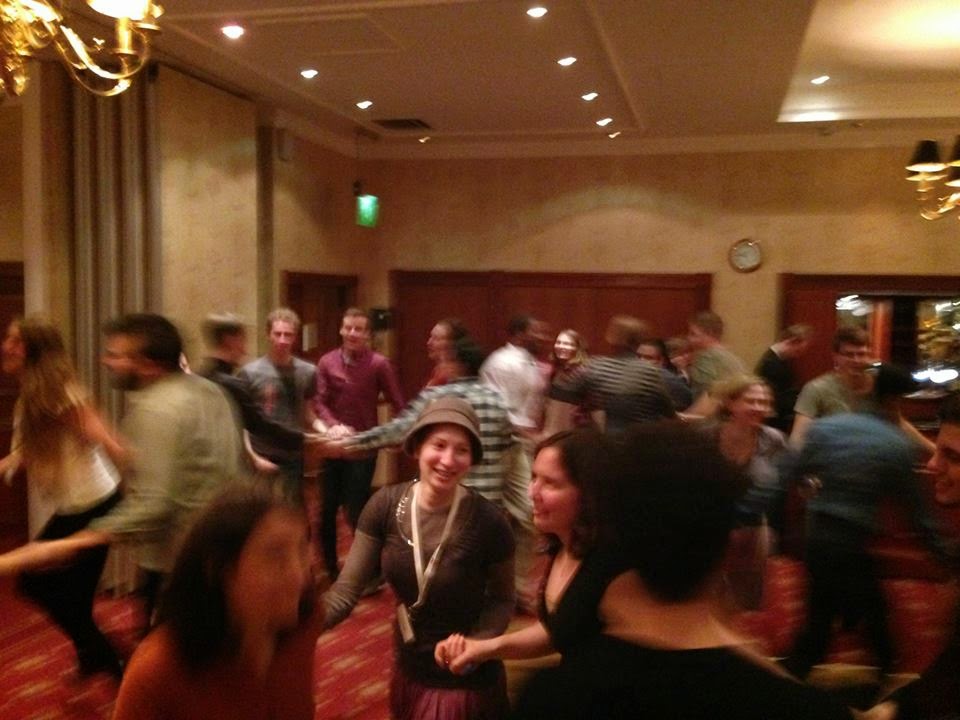 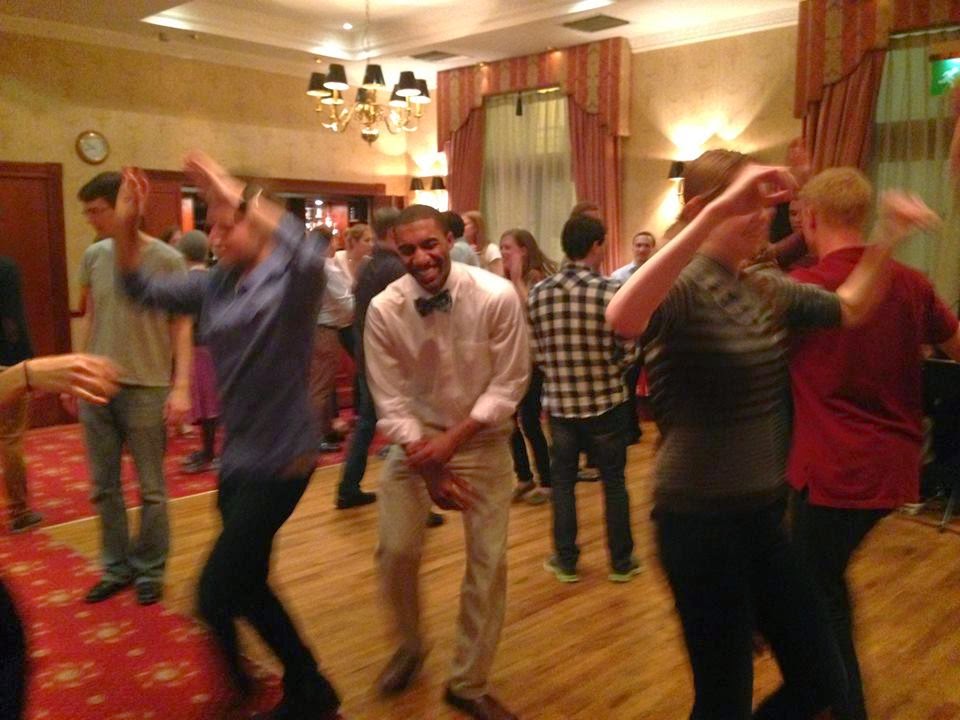 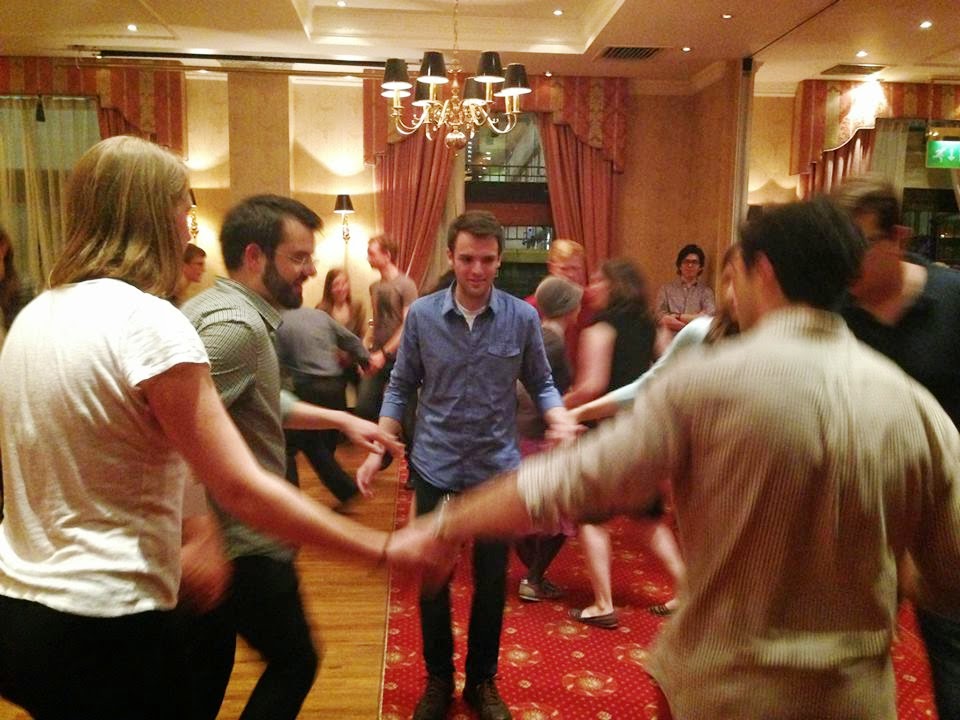 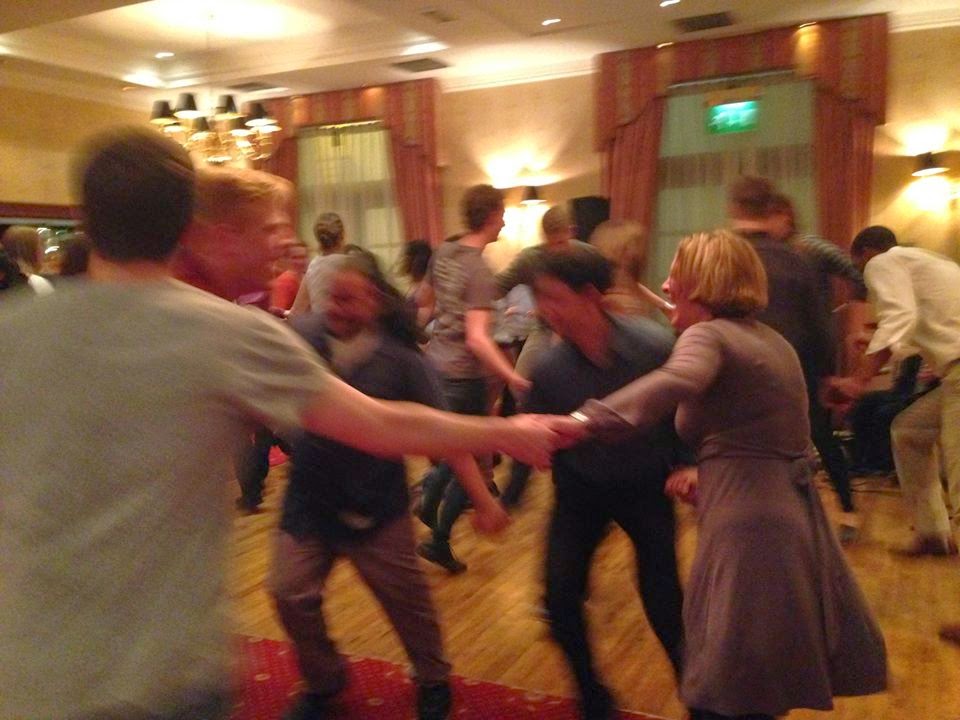 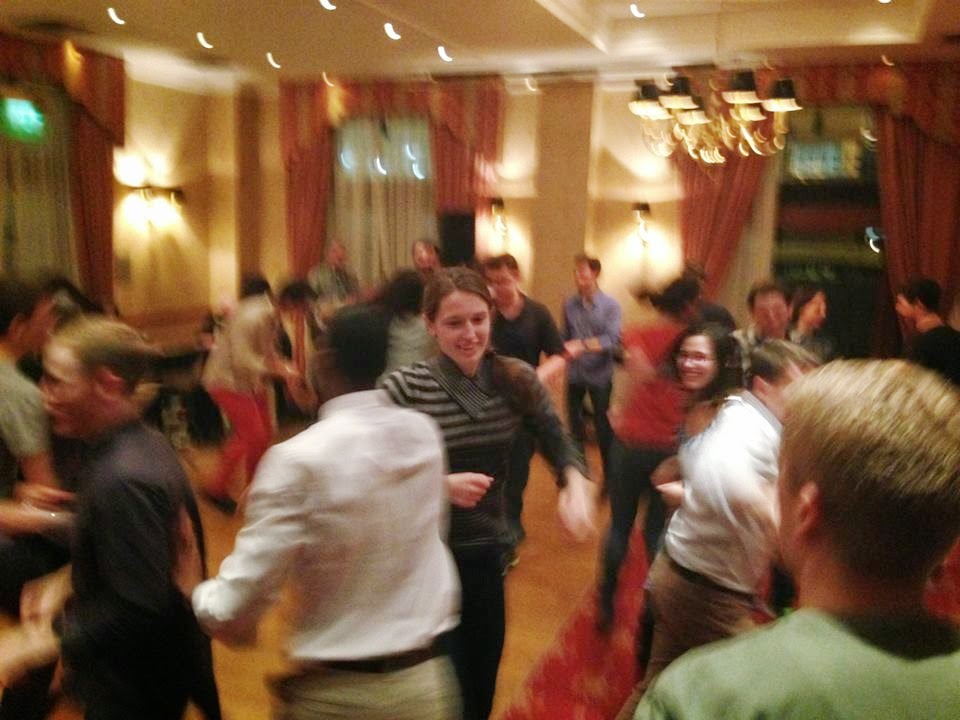