Many of you may remember I visited Hull a while ago to speak on the Role of the American Presidency as part of the Marshall Speakers' Bureau. The Commission sends us out to chat about topics we have some experience in as part of the ambassadorial focus of the programme. This is definitely a win-win for all concerned: Marshall Scholars get to see a part of the UK they might not get to on their own, unis get American speakers very cheaply, and the Commission gets to strengthen ties to UK unis.
This week, my mate Garrett and I had the incredible opportunity to visit the University of Ulster, Coleraine, in Northern Ireland. We spoke on race relations in the US in the 21st century...and when I say "we spoke", I mostly mean that I provided some basic general information, told a couple really quick stories about encountering racism in different ways as a white girl in very different communities in the US, and turned things over to Garrett as quickly as possible, who then tore down the house building original poetry and music into his portion of the talk.
We had a fabulous time - Coleraine is very close to Giant's Causeway, and our uni host was good enough to tour us around a good deal.
We are touring the city of Londonderry/Derry today, so more pictures may be coming (though it's a bit rainy, so we may stick to museums and not have all that much to post). Flying back to London tonight, and quickly getting on a train to Oxford to present at a food security conference! 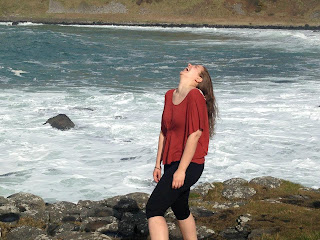 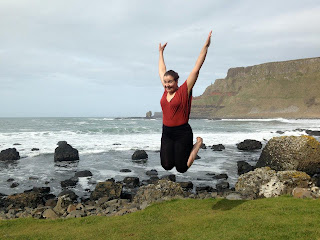 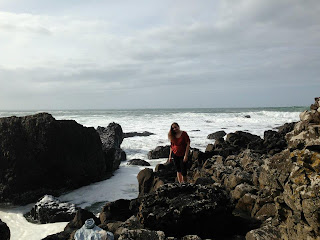 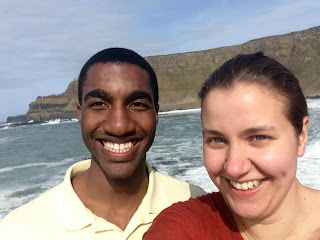 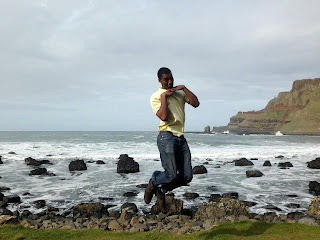 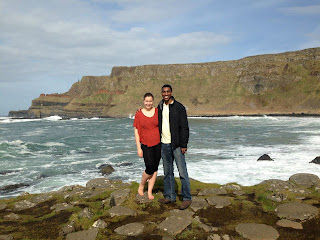