The majority of my time in Kuwait is going to be spent sitting in the Kuwait Dive Team's Headquarters in Shuwaikh Port, working on a variety of translation, publicity, and curriculum projects for them.
But one of my assigned duties is to occasionally 'assist with operations'. This is a bit of a joke, as these folks have skills in marine rescue, conservation, and salvaging that I will never in my life acquire. It's nice to get a very physical feel for what they do, though, and I attempt in some small way to be a help rather than a hindrance.
My first activity was a beach clean-up. The Team leads these all the time, with a wide variety of partners - schools, corporations, government agencies. Today we had a mish-mash of folks representing the Kuwaiti Environment Public Authority, some youngsters, community members, and a crew of regular Dive Team volunteers and workers.

There were a ton of jellyfish washed up on the beach. Sad to see (though there's hardly a lack of them alive in the ocean in these parts), but fun to examine! 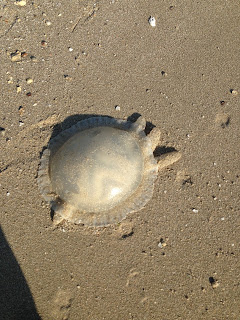 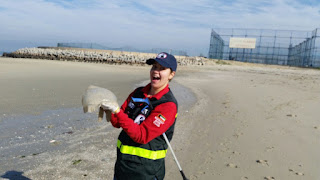 We picked up quite a bit of rubbish...waste from irresponsible picnickers, bits broken off of boats, illegal dumpage. It's always entertaining to see who can find the weirdest object. We found an abnormal number of shoes today. 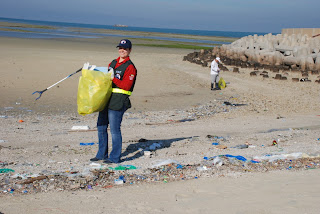 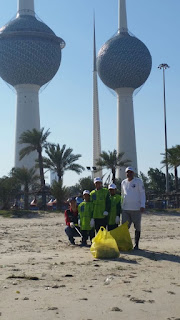 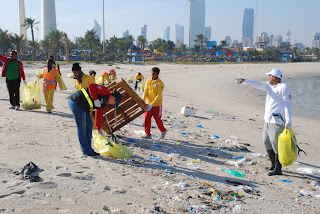 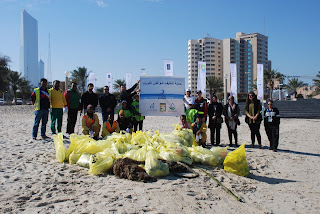 Waleed seemed to think it was a good idea to hand me a knife. I was oh so tempted to practice knife-throwing on the beach. I did, though, restrain myself and only use it to cut free a ghostnet that needed to be safely disposed of. 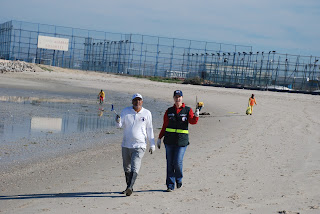 Kuwait's Environment Public Authority sent several representatives. Since my PhD is funded by the EPA, it was lovely to meet them - and be presented with some mementos of our work together. 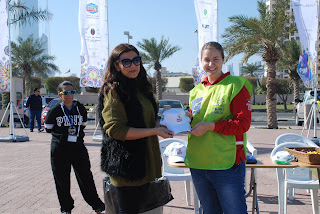 After the beach clean-up, I tagged along for one small special operation - the securing of a floating buoy that posed a major hazard for boats and was currently rusting away into marine habitats. I was given the camera and told to take pictures. My attempts to be vaguely artistic were...well, let's just say there are pictures. 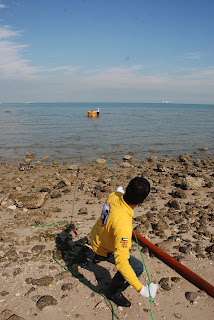 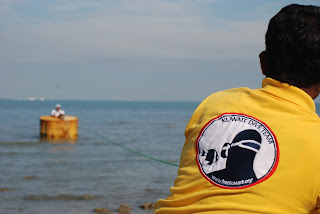 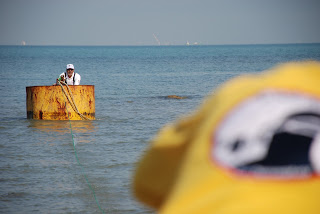 And our last stop before heading back to the office was to visit some of the youngest - and best-looking - of the Dive Team's members:

And now, back to work at the office. I've got reports to translate!
Posted by Becca Farnum at 10:16 AM