Good heavens above, what a day.

I managed to plan, a few weeks ago, to take Iorwerth and meet some mates at the ZSL London Zoo on what just happened to be the most gorgeous day of the year thus far.

We had a rather fantastically wonderful outing. 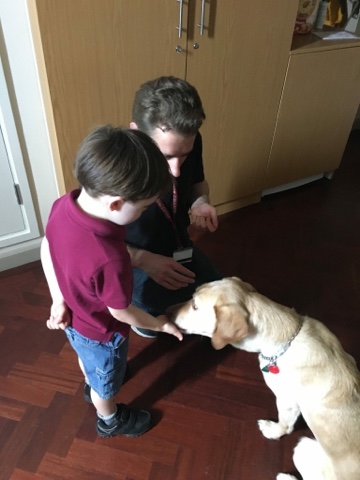 Hayden was not allowed to bring his seeing eye dog, Fathom, as the Zoo has a policy against them due to other animal behaviour and stress. ZSL is currently working with some organisations in London to figure out if they can make at least parts of the Zoo accessible. I will certainly be advocating for them to do so. However, Iorwerth and I were able to go meet Hayden at his house and take him with us while poor Fathom had a bit of quiet time. Iorwerth got to meet Fathom and give him a treat before we left and, quite adorably, said to Hayden the first time he met him "Hello. I'll be your seeing eye dog today". He then proceeded to (more or less patiently) guide Hayden around the zoo, describing the animals and showing off statues to feel and tactile displays to explore. The dung beetle statue was the source of a great deal of delight... 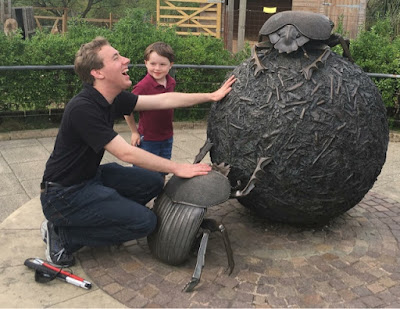 After seeing the tigers and lions (but no bears, oh my), petting Pygmy goats, and stuffing ourselves with ice cream, we went back to get Fathom. Cue the hour in the park of wild glee getting chased by Dan and rolling in the grass. 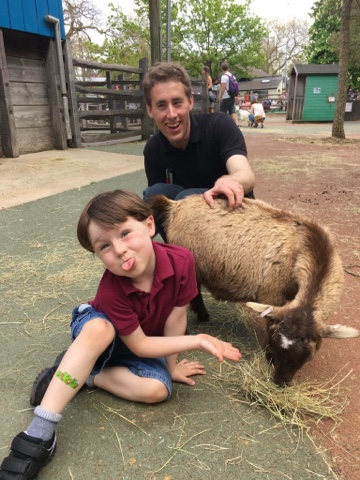 The last stop of the night was my favourite Thai restaurant for a fantastic dinner. And then home to bed wayyyyy too late, where Iorwerth fairly immediately fell into bed, exhausted beyond belief.

A most excellent way to spend a day.